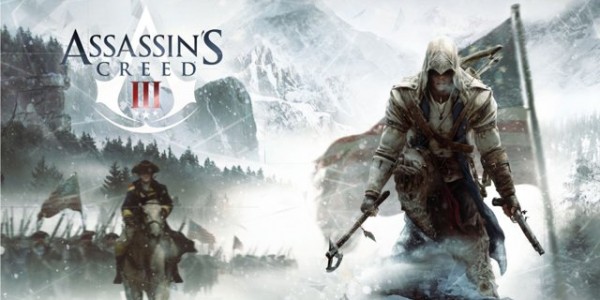 Being a fan of the franchise of Assassin’s Creed III, it was so hard to wait for the Wii U version. I finally got the time to play the game and beat it within a short time. It’s been a while (see: year) since we have seen what the Assassins were up to since Ezio’s stories ended. Well, after Juno took over Desmond and showed him the end of Ezio’s storyline, we have been waiting to see what the new guy, Connor, will be like.

It should be noted that this isn’t a review. It is merely feedback of Assassin’s Creed III on the Wii U. I will be discussing how the game plays using the Wii U GamePad and the Pro Controller. On that note, let’s talk about the Wii U version.

Controlling Connor is more or less the same as on other consoles. However, the GamePad plays a role during the player’s experience. While it is not the most innovative use of the GamePad, the use of the Map in the game is awesome. The map is at least 2x bigger on the Wii U GamePad compared to on the TV’s HUD. You will get a far better sense of direction while looking down at your GamePad. You may also use the GamePad to change weapons and call your horse, but that’s pretty much the gist of it. There isn’t much else you can do with the GamePad, which is kind of disappointing.

As for the game experience, anything you find on Xbox 360 or Playstation 3 versions, you will find on the Wii U version. It still has some of the issues that plague the 360 and PS3 versions. There has been some major graphical glitches that come out of the word work when the game’s geometry clash with each other. There have been times where I couldn’t climb an obviously climbable wall and that’s just disappointing.

The online mode was just like its counterparts as well; I won’t getting into the specifics here, but I will be talking about the online quality. The online quality was just as you expect from any online game. I didn’t have any issues with the few games I played. However, it did take a little longer to connect to a game due to the lack of players online at the time, which seemed like it was me and three other people. While that’s a sad number, it doesn’t come as much of a surprise considering that this is the very first week of the launch. There wasn’t much glitching to the game and no connections issues to speak of. It was like playing on my Xbox 360. Smooth frame rates and no laggy controls.

Assassin’s Creed III for the Wii U works. That’s what it needs to do. For Nintendo and the Nintendo Network, it needs to show that online will not be a problem with the Wii U. The Wii U is capable of great graphics and feel good controls. That is an important step in the direction of Nintendo’s new home console. Playing either on the Wii U GamePad on the Pro Controller, it doesn’t matter, both ways felt good and that’s the most important part of the port.

We will have more articles on the Wii U in the weeks to come. This week, I will discuss the Nintendo Wii U’s operating system with the Wii U, internet browsers and other cool features. Stay tuned!