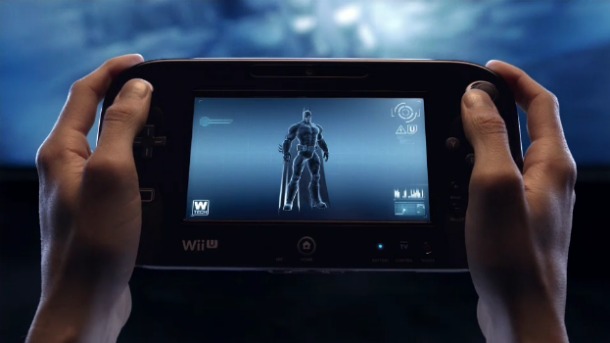 In a press release issued today, Warner Bros. announced that the Batman: Arkham City Armored Edition is shipping to retailers today in preparation for launch with the Wii-U system on November 18th.  Those unfamiliar with Nintendo will scratch their heads at the Sunday release date, however, that is simply how Nintendo rolls as it pertains to system launches.  So are you expecting to pick up this refresh of the hit 2011 title with all-new Wii-U functionality?  Let us know in the comments below!  Full press release below, after the jump.

Warner Bros. Interactive Entertainment and DC Entertainment announced that Batman: Arkham City™ Armored Edition for the Wii U™system from Nintendo will begin shipping to North American retailers today. Developed for Wii U by WB Games Montréal, the game builds upon the critically acclaimed, award-winning action game of 2011 created by Rocksteady Studios and makes its first appearance on any Nintendo platform as a launch title for the revolutionary new home console that hits stores beginning November 18.

Batman: Arkham City Armored Edition brings gamers back to Arkham like never before with enhanced gameplay features for the Wii U and the Wii U™ GamePad. Packed with the same intense action and powerful story telling as the original, the game includes all available downloadable content, plus added gameplay elements developed exclusively for the Wii U version of the game.

“The team at WB Games Montréal focused on developing new features for Batman: Arkham City Armored Edition in order to create an immersive gameplay experience on the Wii U and Wii U GamePad,” said Reid Schneider, Vice President and Executive Producer, WB Games Montréal. “Rocksteady made an outstanding game with Batman: Arkham City, so we believe Batman fans will be thrilled with the enhanced combat and new gameplay elements added on Wii U.”

Batman: Arkham City Armored Edition introduces Battle Armored Tech (B.A.T.) combat mode and new Armored Suits for both Batman and Catwoman. The upgraded battle suits give players the ability to store kinetic energy during combat, allowing them to enter B.A.T. mode and deliver hard-hitting justice to Gotham’s villains. Fans are also introduced to a more seamless experience as they are given convenient access to the Batcomputer, which is made available instantly through the Wii U GamePad touch screen that allows players to select objectives, choose their gadgets, track forensic evidence for important clues, set off explosive gel and more, all while staying immersed in the on-screen action.

Batman: Arkham City is an intense, atmospheric adventure that sends players flying through the expansive Arkham City, the new maximum security “home” for all of Gotham City’s thugs, gangsters and insane criminal masterminds. Featuring an incredible Rogues Gallery of Gotham City’s most dangerous criminals including Catwoman, The Joker, The Riddler, Two-Face, Harley Quinn, The Penguin, Mr. Freeze and many others, the game allows players to genuinely experience what it feels like to be The Dark Knight delivering justice on the streets of Gotham City.