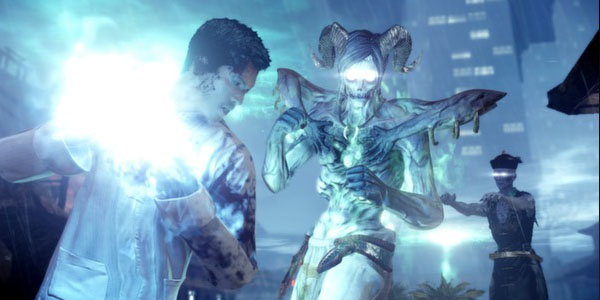 Want some supernatural horror action in your Sleeping Dogs for Halloween? United Front Games has you covered with their latest DLC pack. Surprisingly for how much fun it looks like, see the trailer here, this add-on is only $4.99. I’ll definitely be giving it a go so I’ll be sure to post my impressions later.

If you’ve gotten no where in the game and you’ve just been driving around, spoilers ahead. Here is the info about the DLC from Steam. “After his girlfriend is kidnapped, Wei must fight through an invasion of hopping vampires, demons, and the ghosts of his past who are threatening to take over the city. Luckily, Wei has new moves and weapons at his disposal to make it through this nightmare.”

So which girlfriend from the story this focuses on or where it fits in isn’t too clear, but either way it looks like a lot of fun for the Halloween season! It’s something to check out while you’re going through Steam’s Halloween sales. It’s out now for PC and Xbox 360, though some sites list it as being released tomorrow on PS3.