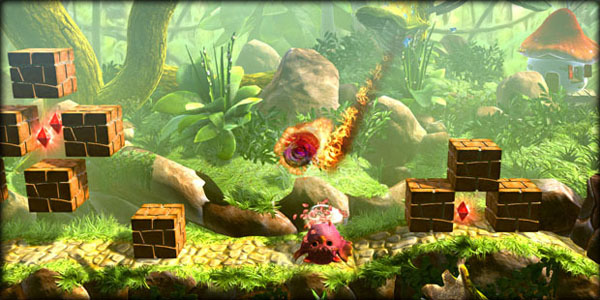 Rae has already provided a great preview for Giana Sisters in our new section, ‘What’s New On The Shelf,’ but I’d like to elabourate on the background of this game and why you should be interested. Giana Sisters: Twisted Dreams‏ is quite the tale of an indie project going successfully right.

German developer Black Forest Games created “The Great Giana Sisters” back in the 80s which was a Super Mario Bros clone. Nintendo had the game pulled from shelves, yet however in 2009 there was a Giana game released on the DS.

Originally created as Project Giana, and now released for PC on steam as Giana Sisters: Twisted Dreams‏, the game is a Kickstarter success story and so much more. Not only did the creators reach their goal on Kickstarter, their game was one of the early additions to Steam Greenlight that recieved enough votes to become greenlit and added to their catalogue. GOG.com also sells the game as does Gamersgate.

Black Forest Games didn’t want to make a dumbed down version of their creation for Giana’s 25th anniversary, and that’s why they decided to kickstart the project instead of finding a publisher. They’ve stuck to their classic gameplay, but added the option to switch between cute and punk versions of Giana whom each have different abilities. This switch is available at any time in the game.

This game already has a huge array of support, from those who have already pitched in for the kickstarter campaign, to those who voted to greenlight the game on steam. Our review will be coming in the next week or two. For a LOT more info on the game to see if it’s right for you, check out their Kickstarter page which has already ended.

The following is a quote from Rae in this weeks ‘What’s New On The Shelf‘ section:

Stylized 2D platformers have seen a bit of a resurgence after the likes of Super Meat Boy becoming an indie darling in 2010. Black Forest Games return to their Giana series (it started on the Nintendo DS) with their follow-up Giana Sisters: Twisted Dreams. Players take the role of teenager Giana as she navigates the twisted world of her own dreams. Using her ability to change her dreams, and herself she is able to change between “cute” and “punk” modes granting her different abilities. Right now it is PC only but a PSN and XBLA version are planned.