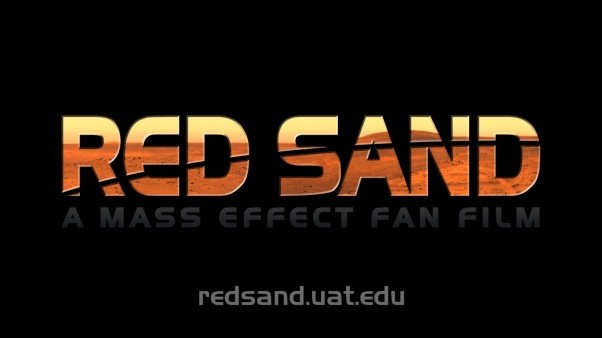 Do you like Mass Effect? Do you like movies? Do you like fan-made movies? If you said yes to all of these, then you should check out Red Sand: A Mass Effect Fan Film. The students of the University of Advancing Technology led by instructor Paul DeNigris created and filmed a 15 minute story with guest star Mark Meer (voice of Commander Shepard).

Red Sand takes place before the original Mass Effect where a discovery is made on Mars about a powerful and unknown technology known as Element Zero that is described as a power that goes beyond human imagination. A team led by Colonel Jon Grissom (voiced by Mark Meer) is tasked by going to the ancient ruins on Mars where a team of terorrists are trying to find Element Zero for themselves as there is a powerful narcotic known as Red Sand that uses the elements power. This Red Sand is used to gain special powerful biotics based on telekinetic powers.

Far be it from me to say that this movie is awesome, but you should check it out yourself by viewing the video below.