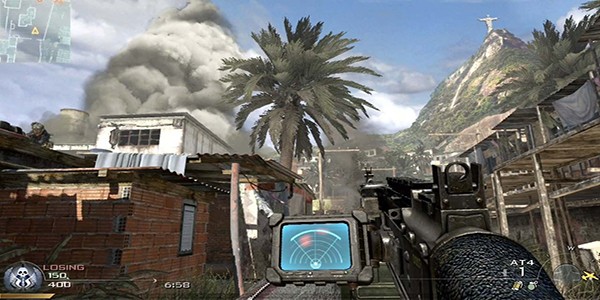 If you’ve ever played Call of Duty: Modern Warfare 2, then you’ll probably remember playing on Favela, a map based on the Brazilian shanty towns. But, if you hop on MW2 right now, you’ll notice that it’s no longer in the map rotation for any of the game modes. That’s because some upset Muslims have banded together to demand Infinity Ward and Activision, the companies behind MW2, to remove the map from the rotation.

It’s a shame because Favela was one of my favorite maps on the game, but instigating heated arguments here isn’t in my interest. Would it kill the people who patched the game to at least patch One Man Army or Danger Close, though? I’m sure a lot more people (including myself) would play MW2 again, if we knew we wouldn’t be blown up every five seconds.

To see the video aimed towards Infinity Ward and Activision, click here.