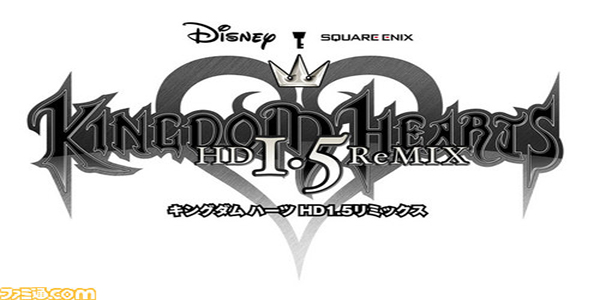 That’s right, the popular RPG franchise that involves both Disney and Final Fantasy characters, Kingdom Hearts, is receiving a new game. If you were expecting Kingdom Hearts III, though, you’ll be sorely disappointed. Kingdom Hearts 1.5 HD ReMIX was announced today at TGS, and it’ll be exclusive to the PlayStation 3.

Included in the game will be: Kingdom Hearts: Final Mix, Kingdom Hearts 358/2 Days, and Kingdom Hearts Re: Chain of Memories. 358/2 Days was exclusive on the Nintendo DS, so those of you without DSes or 3DSes are in luck. The Final Mix version of Kingdom Hearts was also never released outside of Japan. It includes a few extra cutscenes, weapons, and bosses.

Now, this game obviously hasn’t been confirmed to release in the U.S., but it seems highly likely that we’ll see it here. Kingdom Hearts, no matter what form it’s in, is a moneymaker for Disney and Square-Enix. Will we also see Kingdom Hearts II, Re:coded, and Birth by Sleep? Only time will tell.

If you can read Japanese, you can visit Famitsu’s site with the details here.