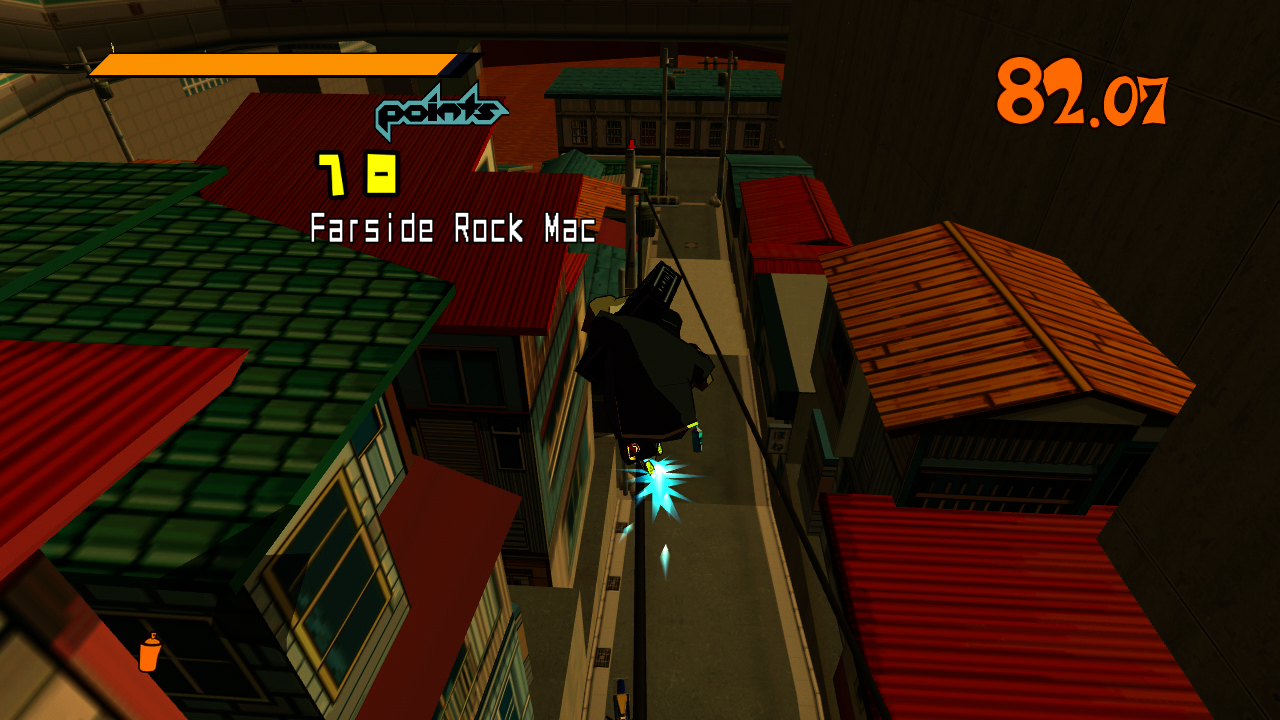 Sega has brought back a blast from the past with a new shiny gloss. It’s time dust off those roller skates and tune in back into Jet Set Radio HD. After 12 long years this fan favorite Dreamcast title is back. Fresh onto the virtual shelves of PSN, Xbox Live Arcade, and PC, Jet Set Radio a hip, colourful experience about tagging the streets and pulling off tricks on roller skates while do so. During its initial release, Jet Set Radio was showered with praise for its unique overall design, catchy and upbeat soundtrack and winner of E3’s “Best Console Game” in 2000. After more than a decade, does Jet Set Radio HD still hold itself up against this new generation of games?

Upon booting up the game we are immediately greeted to the bright colourful world that we have not witnessed since the game came was first released in 2000. Behold, your eyes seeing our first radiant introduction to the city of Tokyo-to, the bright cel-shaded, cartoon characters and the struggling young street artists known as “rudies” who roam the streets spraying walls and skating as a form of self-expression according to the pirate radio DJ reminiscent of Wolfman Jack, Professor K. Whom will also be your exposition throughout your time in Jet Set Radio. Tokyo-To is divided into three sub-cities called Shibuya-cho, Benten-cho, and Kogane-cho , all of which composed of gangs filled with underage miscreants. You begin the game as Beat, a 15 year old rudie who, after being tossed around by different gangs,  decides he can handle forming his own gang which he calls the “GG’s” or “Grafitti Gangsters”. In order for Beat to get some “homies” in his gang he’s going to have to prove himself to other rudies by duplicating an urban skate trick of their choice.

The GGs aren’t the only gang around. You will frequently be battling these rival gangs for territory none of you actually control. Your most dangerous enemy on the streets of Tokyo-to: Police Captain Onishima and the entire police force. They will be doing everything they can to nab you. This includes firing tear gas at you, shooting at you with automatic weapons, artillery fire from tank, and not to forget the helicopters targeting you from the air. All of this you are encountered with very early in the game and there’s a lot more willing to shoot down your lil’ gangsters. 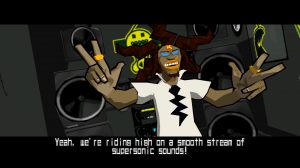 Jet Set Radio is an objective based game. With each level you are dropped onto the course and you must spray all of the targets scattered about it. You can only spray targets with spray paint which you will find scattered around the map. This adds in a bit of strategy because it is very easy to find yourself without any paint and having to backtrack to paint isn’t going to help your time. The time limit you are given for each level is usually more than enough time, if you plan ahead of time. Tagging large targets can take a lot of paint and a lot of time, meaning it’s good to get those first before the big guns are out to get you. Jet Set Radio may be a game about looking cool while doing cool stuff, but it makes you work for it.

Jet Set Radio is all about gaining speed, grinding on rails, and pulling off tricks high in the air. Which is a spectacle to see when done properly. The controls however tend to be a bit difficult to manage and require perfect precision when trying to land jumps where you want them to land. The camera has been completely reworked from the original Dreamcast version. It isn’t always going to work the way it’s intended. Corners and along walls this is especially noticeable. With the addition of online leaderboards, as well as all of the in-game collectables Jet Set Radio has plenty to keep anybody busy for many hours.

The fantastic upbeat soundtrack which combines the plethora of music genres such as: Hip-Hop, J-pop, Electronic dance, Rock, Acid Jazz, and Industrial together into a well-mixed score that will have a little bit for everyone with this quirky and entertaining sound. The soundtrack for the North American version of the game has all but one track from the original soundtrack, while the PAL version only missing 2 due to licensing issues. 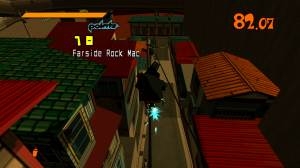 The update to HD for Jet Set Radio has been a long time coming, as this game is one that was meant to be this smooth. Jet Set Radio has this blockiness to its design, naturally a hi-def update will make it look even better. There hasn’t been a single moment of slowdown in my time spent playing. Jet Set Radio HD runs at a perfect 60 frames per second and it looks great while doing so. Although Jet Set Radio still shows its age. Every character you meet is unable to say any more than one word, and it’s almost always a greeting. Captain Onishima, who is the games villain has probably more lines than any member of the GGs combined.

The biggest question that has to be asked when considering the purchase of Jet Set Radio HD is, “does it hold up?”. Jet Set Radio was critically acclaimed title that came out over 12 years ago. It was nominated for a variety of awards in design and direction at E3, but tastes and games have changed a lot over time. Fortunately Jet Set Radio was far ahead of its time when it came out. It remains engaging with a uniqueness and style that few games have emulated, or have even attempted the same bright and colorful style Jet Set Radio presents. With hours of re-playability for all the collectables in each level as well as online global and friend leaderboards Jet Set Radio will be able to enthrall anyone who even passes by the room while this is being played.