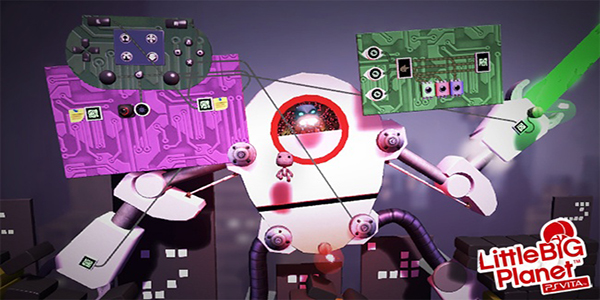 Tarsier Studios (the team behind Rag Doll Kung Fu: Fists of Plastic) and Double Eleven (which hasn’t really made too much of a name for itself, yet) are coming together to create LittleBigPlanet for the Vita, with an all-new story. The developers have also released a new trailer for the game, which you can watch by reading more. Rest assured, it makes LBP on the PSP look like rubbish.

If you do actually care about a plot, then here’s some info, straight from a blog post by Community Coordinator of Tarsier Studios, Simon Rosenkotter. LBP PS Vita takes place on the world of Carnivalia, which has been taken over by the Puppeteer and his henchmen, the Hollows (no references to a certain Japanese work). It’s up to Sackboy to save Carnivalia when the game officially releases.