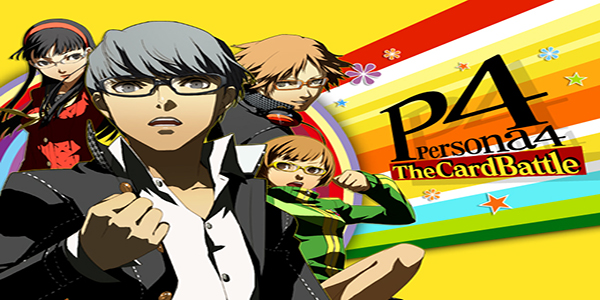 Atlus’s Persona 4 has had a manga, anime, fighting game, Vita port, and now, it can add a card game to the list. Persona 4: The Card Battle is an aptly named mobile game for the Android, iOS, and other such devices. It’ll feature over 400 cards based on the original PS2 RPG. Unfortunately, the game has no plans to be released anywhere besides Japan, but it (almost) never hurts to hope.

If you can read Japanese, feel free to check out the press release here. Persona 4: The Card Battle will be released sometime near the end of September, and pre-registration for it has begun today.