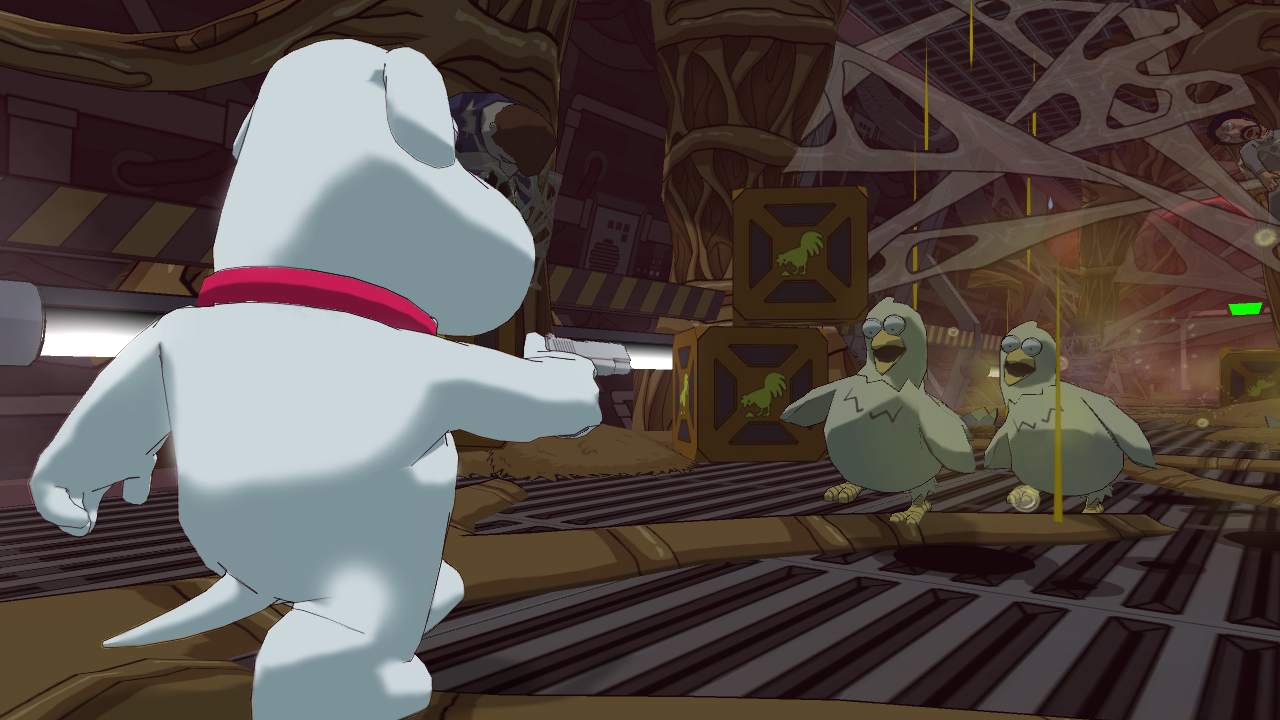 Family Guy‘s ready to cut away to obscure 80s pop culture on the Xbox 360, PlayStation 3 and PC with the release of Activision’s Family Guy: Road to the Multiverse due out this fall.

This is the second time the Griffin Family have graced home consoles. When the series was re-launched in 2005, The Family Guy Video Game was released as one of the last titles on the original Xbox, as well as on the PlayStation 3 and GameCube.

These latest screens have Stewie and Brian battling intergalactic chickens! 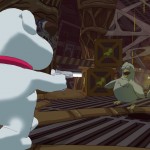 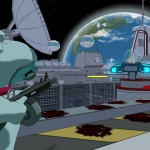 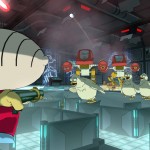 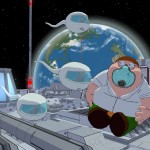 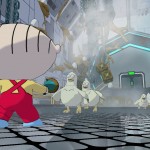 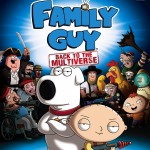 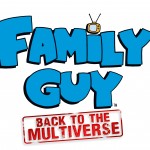 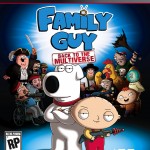