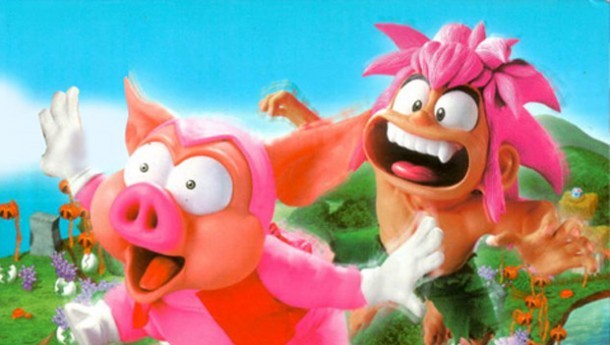 It was announced for the PlayStation Vita that certain PSone classics were coming to the system and five of those games were revealed; Arc the Lad 1 and 2, Vanguard Bandits, Alundra and Tomba! These games are part of the PSone classics series that was discussed during Gamescom 2012 and will be released tomorrow.

Publisher MonkeyPaw Games are in charge of the ports of these classic series. John Greiner, President of MonkePaw had this to say: “With these fine classics soon available on PSVita, gamers will have access to our best RPG and action titles. Games like Tomba!, Arc the Lad and Alundra are a blast to play on the go. And now gamers can easily share these classic PlayStation experiences with their freinds.”

I agree with John, Tomba! was probably my first game I played on my PSone when I first got it (Sony volume sampler anyone?) and even now fourteen years later, its still a fun and challenging game. While I was not a fan of tactical role playing games back then, the Arc the Lad games and Vanguard Bandits are great games to the genre nonetheless that were released around when Final Fantasy 7 and 8 were the dominating rpgs.