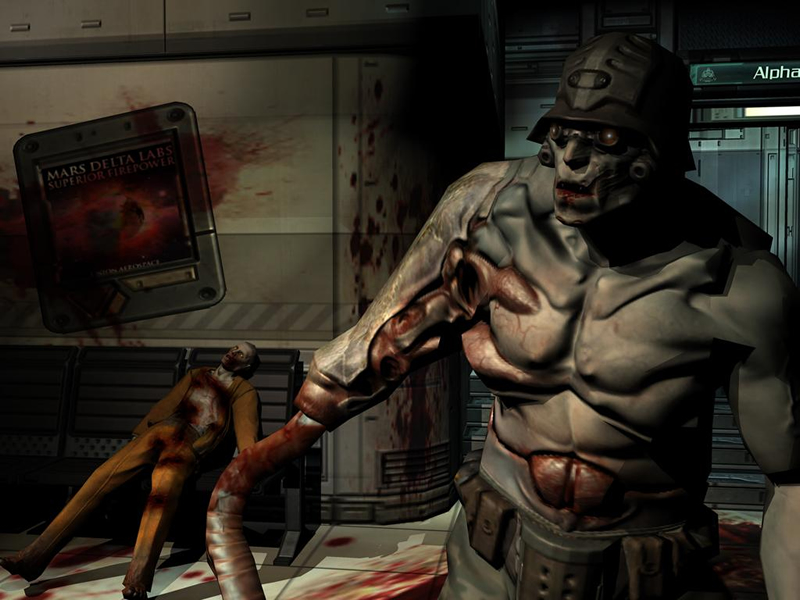 id Software’s next title in their flagship FPS franchise, Doom IV, has seen its share of ups and downs despite never being officially unveiled. After last fall’s rumors of cancellation the game was mentioned during demonstrations of the John Carmack’s new VR headset (more on that coming soon).

The grizzled UAC Space Marine will get another chance to fight demons from hell sometime in the future but id software isn’t exactly ready to show off the game just yet. They’ve merely confirmed that when the game ships “when it’s done” (Duke Nukem Forever, anyone?), it will support Carmack’s Oculus VR headset, giving gamers the chance to experience demon slaying in a whole new way.

“I’m excited for once Doom 3 ships, and gets out there, I’ll put all this stuff into the Doom 4 platform, which will be nice to take our current top-of-the-line stuff and have that in virtual reality,” Carmack told Polygon in an interview recently.

Late last year after the release of RAGE. id Software’s long in development  next-gen game, failed to meet expectations rumors circulated that Doom IV had been postponed indefinitely (read: cancelled). With these latest developments surrounding the project it seems that if id isn’t working on the game just yet, they’ll be focusing on it very soon.

Fans of the Doom franchise won’t have to wait long for their next fix. Doom 3 BFG edition will ship this fall and brings with it a whole new campaign based off of content cut from the 2004 release, updated graphics and leader boards. Is that enough to draw people into an 8 year old game? I’m not sure but we’ll find out very soon!