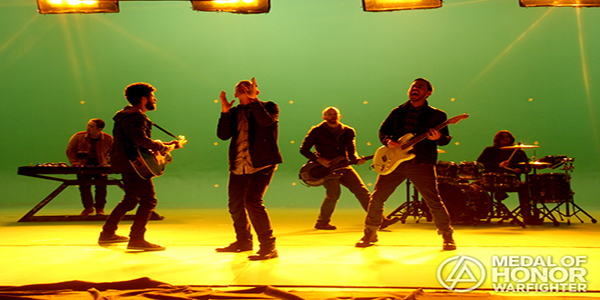 Okay, so maybe it’s not exactly Linkin Park, but Mike Shinoda, the man behind the popular band (and Fort Minor, a hip-hop side project), is composing the music for Electronic Arts’s upcoming game, Medal of Honor: Warfighter. This isn’t the first time that Shinoda has composed for others, however. He was behind The Raid: Redemption‘s soundtrack, which wasn’t too bad, if I do say so myself. EA’s main competitior, Activision, has called on Trent Reznor of Nine Inch Nails to compose Call of Duty: Black Ops II‘s theme song, and he wrote the tracks for the films, The Girl with the Dragon Tattoo and The Social Network.

In addition, Danger Close, the developer of Warfighter, and Digital Domain, a special effects studio, collaborated on a music video for Linkin Park’s song, Castle of Glass, from its recent Living Things album. The video will be finished in October, and it’ll mix live action footage with gameplay from the new Medal of Honor.

I’ll admit, I’m not the biggest fan of Linkin Park’s recent songs (a sentiment that I’m sure many of us can share). I’ll wait until I hear some of the game’s music before I make a decision, though. Hopefully, Warfighter‘s soundtrack will have the nu-metal that Linkin Park was first loved for.

Medal of Honor: Warfighter is set to release on November 23, 2012 for the PS3, Xbox 360, and PC. Visit the game’s official site at http://www.medalofhonor.com/. See the source behind this info, and a sneak peak of the music video for Castle of Glass here.