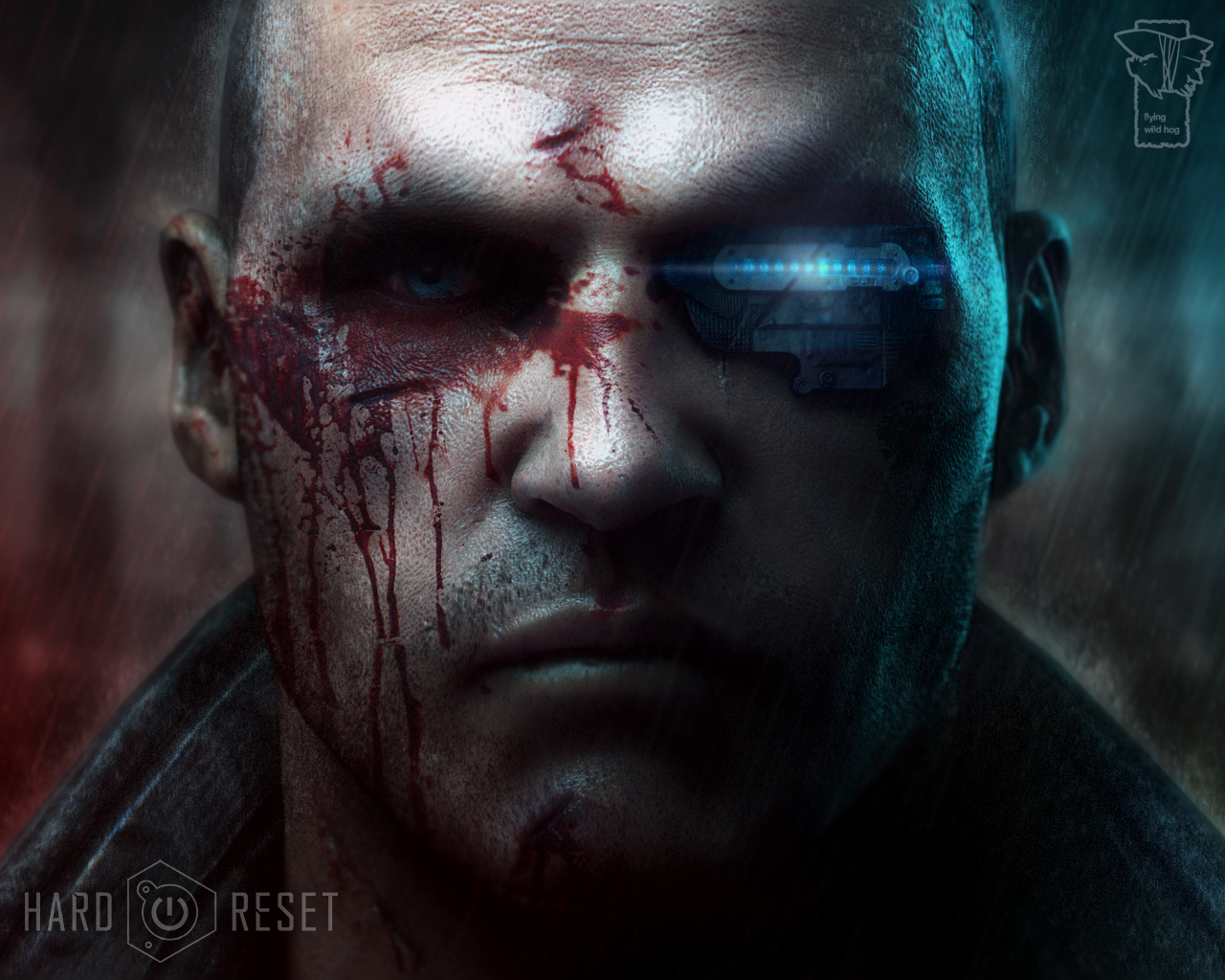 Well, let’s start by saying that if you enjoy PC FPS games you have already heard of Hard Reset, as the game came out last year and had a few good weeks of buzz around it then, we are reviewing the just released extended version.
Not to be overly reductive but, the game feels and looks like the Die Hard sequel to Blade Runner. Jump around in a futuristic super city, fighting what appear to be A.I. driven robots, that are trying to control our database of human minds… Wait a second… 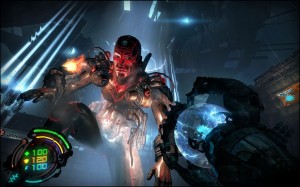 “Hey are my keys under the coffee table?”

Sci-fi clichés aside, it has enough of a story to keep you shooting, and gives the art team the chance to blow out all kinds of future world craziness. Speaking of the world design.

Onward to performance, while this title can totally run a high-end system though its paces quite well, I had very few issues running it at high without antialiasing turned on, in bootcamp on my two year old 15″ MacBook Pro, if that isn’t a pure test of graphical quality, I just don’t know what is. The art itself is beautiful, glowing neon, holovids, flying vehicles that blot out the sun, and all other manner of crazy future style seeps from every corner of this game. Audio kicks and scrapes at the speakers like a steel foundry being kicked down a flight of stairs, with solid weapon sounds and enemy screams. The music while forgettable is suitability futurey also.

It controls like any well tuned PC FPS, that being said there is a serious lack of feedback from the enemies, in regards to how to kill them best, as many of the enemies lack the need for a head (being robots and all) it gets really hit or miss if your trying to hit weak points. Unless your fighting one of the games boss monsters, they have HUGE glowing orange bits that must be shot (For MASSIVE damage) to take them down. 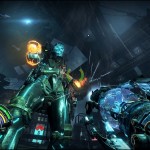 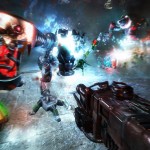 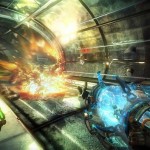 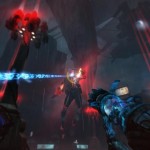 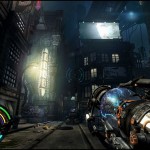 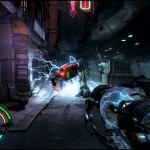 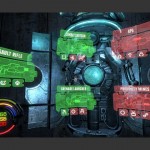 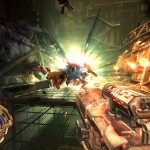 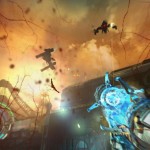 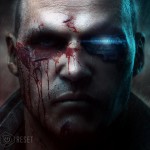 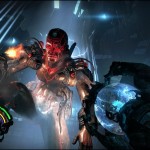 “Hey can you see my keys under the table?”

Besides the art the only other standout part of the game is the weapons, well, and not even the weapons themselves but how you access them. The are only two guns in the game, a huge thick rifle, and some sort of energy ball based plasma weapon, you can by using upgrade points earned either though combat or bright orange tubes of goo laying about the world, unlock four more weapon modes per gun, giving you ten overall. Standard fair of shotgun, grenade launcher, RPG and the odd one out of proxy mines for the rifle. While the energy weapon gets a rainy shotgun, mortar, rail gun, and (Aliens-ish) smart gun. The only really neat part of the weapon modes is watching the guns transform into them, the rail gun and smart gun are the most interesting ideas as they both shoot though walls and the smart gun tracks targets with a lock-on fire and forget style round. 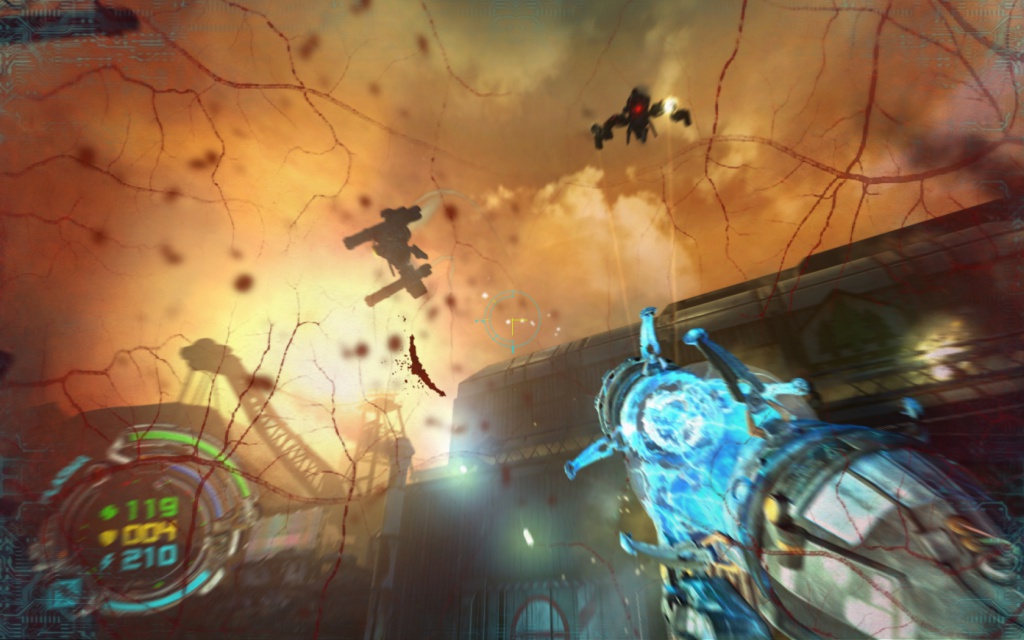 None of that however even begins to bring the much needed variety this game needs to the picture, each level is right around the forty minute mark, and is made up of combat zone, find switch room, and surprise combat after the switch done got flipped, every, single, time. After five levels of that you will get bored, it is just a tempo remake of Doom, fight, switch, fight, switch, fight, fight, get lost, and finish level. We all know the music.

While a very nice game to look at, it doesn’t do a thing that you haven’t played dozens of times before. While the game weighs in right around the six to seven hour mark, the back half feels like a grind, and not a very fun one at that. So, if you must play a pretty, futuristic, combat heavy FPS, Hard Reset isn’t bad, just shallow and boring.