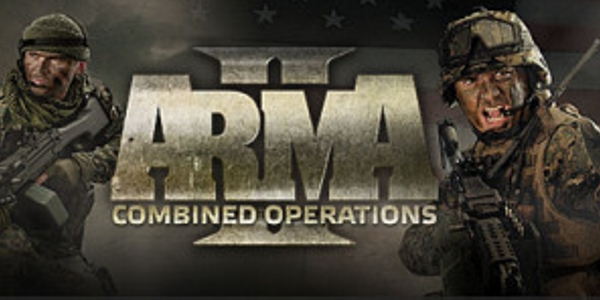 After Day Z came out, Arma 2: Combined Operations has sold, and this is just a rough estimate, about a bazillion copies. In fact, it always seemed to be in the top 5 best sellers of the latest Steam summer sale even when it wasn’t heavily discounted. Now that so many more people are playing Arma2: Combined Operations, Bohemia Interactive has released a patch (version 1.62) for the title. The press release promises lots of “fixes to multiplayer, which- aside for the large scale military battles, will also make zombie hunts much less prone to crashes and should improve server stability.”

The main highlights of the patch are below, and you can read the whole change log after the jump.

Please keep in mind that Arma patch notes are best when read aloud in a voice similar to the in-game voice acting. Players of the Arma series will know what I’m talking about:  “all… target that… man… unknown… 10 meters… in front of… us.”  For example: “Improved:.. AI… units… now give… more… preference… to close… targets.”  Isn’t that fun?

HOW TO INSTALL THE PATCH
————————-
– Run the patch exe to apply the patch setup automatically.
– It will install all content of the patch to the folder with your Arma 2: Operation Arrowhead installation.
– Please note that it is not possible to rollback to a previous version after the installation of this patch, only a full reinstall of the game is possible,
– if you want to keep your previous version you may want to backup the entire game installation folder before applying this patch.
– NOTE: This patch will also update your:
* ARMA 2 1.05 to 1.11. (note: ARMA 2 version 1.00-1.04 must first use patch 1.0x to 1.05)
* ARMA 2 BAF 1.00 to 1.03 if necessary.
* ARMA 2 PMC 1.00 to 1.02 if necessary.
* BattlEye within ARMA 2, ARMA 2: OA, ARMA 2: RFT to actual revision

* Documentation to accompany these changes is available on our community wiki BIKI: http://community.bistudio.com/ and our BIForum http://forums.bistudio.com/

We would like to thanks all BIF & CIT staff/mods/volunteers, whole ARMA community, our partners and everyone who helped us to release this new patch!