James from Insomniac Games published a guest post over at the PlayStation Blog outlining some brand new features coming to their latest game, Rachet and Clank: Full Frontal Assault. While the game returns to the classic third person, behind the player, combat we’re all used too – Insomniac has also introduced a new tower defense mechanic.

In addition to the addition of tower defense mechanic, which will hopefully be further detailed in the future,  the game also adds the ability to chose between 3 different heroes – Ratchet, Clank, or Captain Qwark and an online mode.

Head over the PlayStation Blog for additional info, or check out a few new screenshots after the jump. 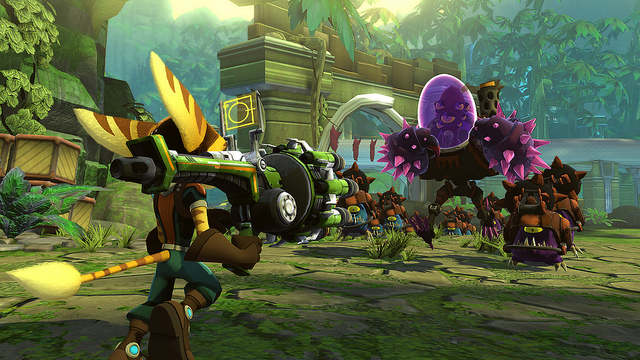