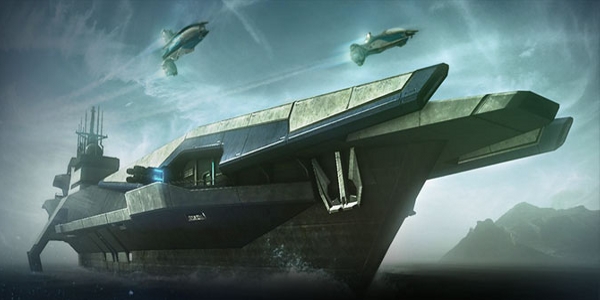 Bohemia Interactive just released a nebulous teaser trailer for their upcoming real time strategy game/ vehicle simulator hybrid Carrier Command: Gaea Mission. As the name suggests, this is a remake of 1988’s Carrier Command. The basic gist of the game is that the players’ main base is an aircraft carrier used to launch assaults on various islands and, naturally, the enemy carrier. In addition to playing it like an RTS, you can assume direct control over any individual unit dispatched from your carrier.

You wouldn’t learn any of this from the teaser trailer below, so we’ve also added a link to the more informative demonstration from E3.