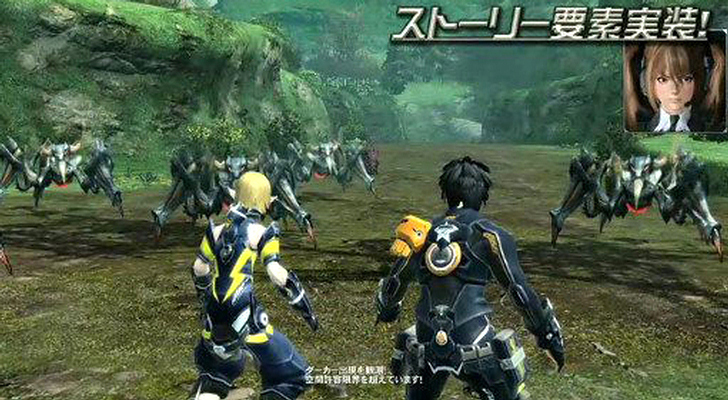 SEGA’s Phantasy Star Online 2 launched in Japan over the July 4th holiday and the amount of buzz in the western gaming press has been more than impressive. SEGA of America confirmed this morning through press release that PSO 2 will be published in North America on Windows PC sometime in 2013.

PSO2  features 3 different classes for players to choose from – magic users, to ranged combat and hand to hand melees. The maps in Phantasy Star Online 2 will also be randomly generated, which is quite different from the original as that game only featured 4 maps with two variations each.

SEGA launched a small teaser site for the game. On the site you can check out brief bios for each of three clases & races as well as a pretty good primer if you missed the original game 12 years ago. The site is set to offer wallpapers and videos, but none where available at the time of writing.

Speaking about the random elements being introduced in PSO 2 SEGA’s Satoshi Sakai said:

“The number one thing we want to provide players in Phantasy Star Online 2 is an adventure that changes every time they log in. Just as great table-top RPG experiences revolve around imaginative and unexpected encounters, we want players to consistently be surprised as they explore dungeons and undertake quests,”

We’ve gained access to the Japanese version of PSO 2 and will be posting our impressions of the games in the coming weeks. If you want a taste of the next-gen Phantasy Star action why not follow our guide to setting up a Japanese PSO 2 account?

We’ll bring you more information on PSO2 in the coming months.