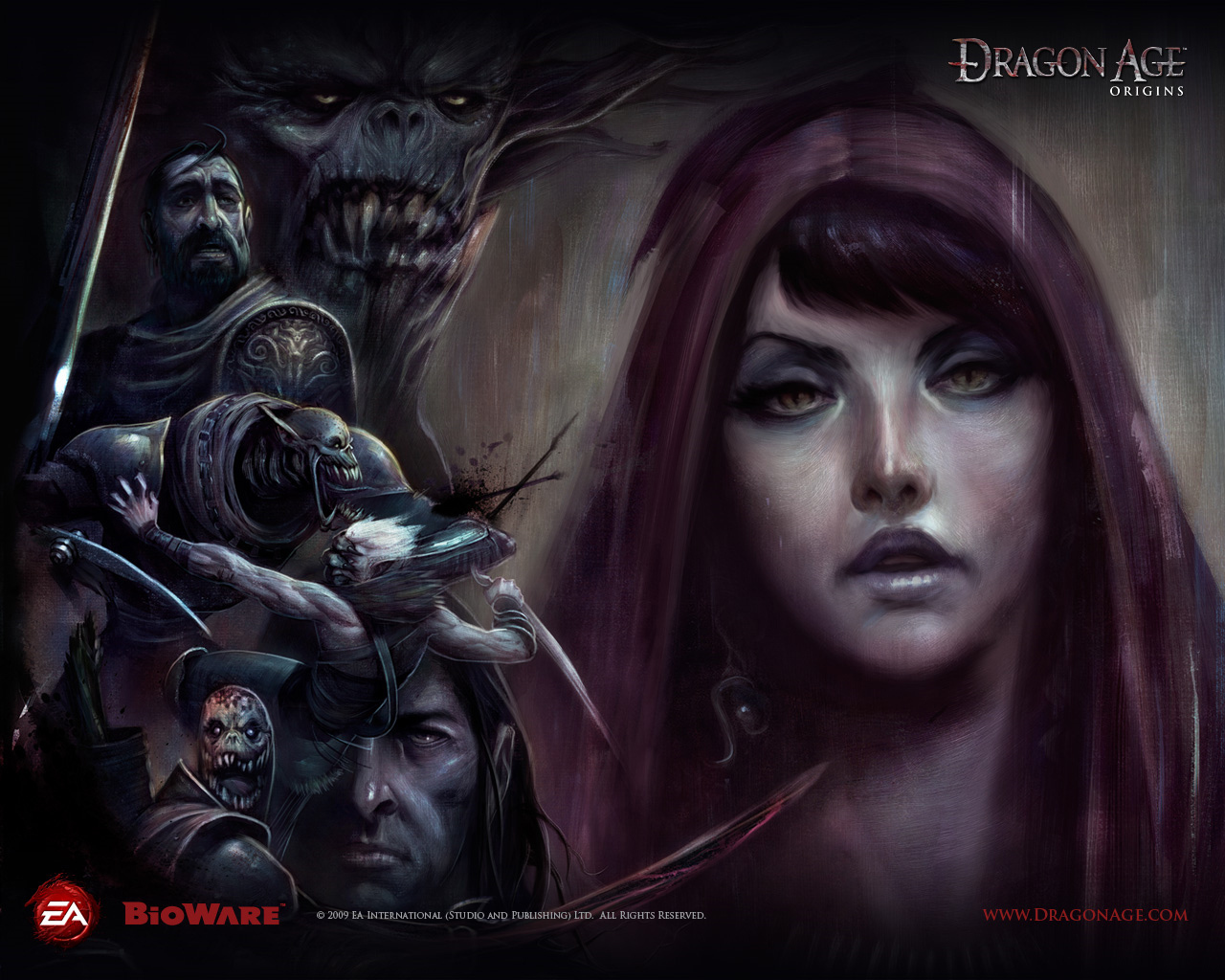 Now I’ve made it very clear in the past that I love Dragon Age: Origins. I have mixed feelings on its predecessor Dragon Age 2, but that is a topic for another article. Today my dear readers we are here to discuss something far greater. Recently I was replaying Origins and I have been following this up with a speedy play through of Dragon Age 2. During this retread of familiar ground I have found myself able to reexamine some philosophical questions raised by both of these titles particularly the use of magic and mages themselves.

Is magic something to be feared? Do mages deserve to be free? Due to abuses of this freedom, should mages be oppressed? These are questions I have pondered long and hard. While discussing these questions with a friend I discovered that he sided strongly with the Templars, these are a group of warriors serving the Holy order of the Chantry. Templars are sworn to protect society from mages and mages from themselves. You see mages draw their mystical powers from the Fade. The Fade is a realm of demons and spirits, because of this mages are susceptible to possession. When a mage is possessed by a demon they become an abomination, a creature that has lost all control and only seeks to corrupt and kill. Due to this ever present threat, a mage must be trained to resist the temptations of demons as they offer power and forbidden magic that is outlawed by the Chantry. Templars exist so that should a mage fall prey to a demon it may be put down before innocent life is lost. 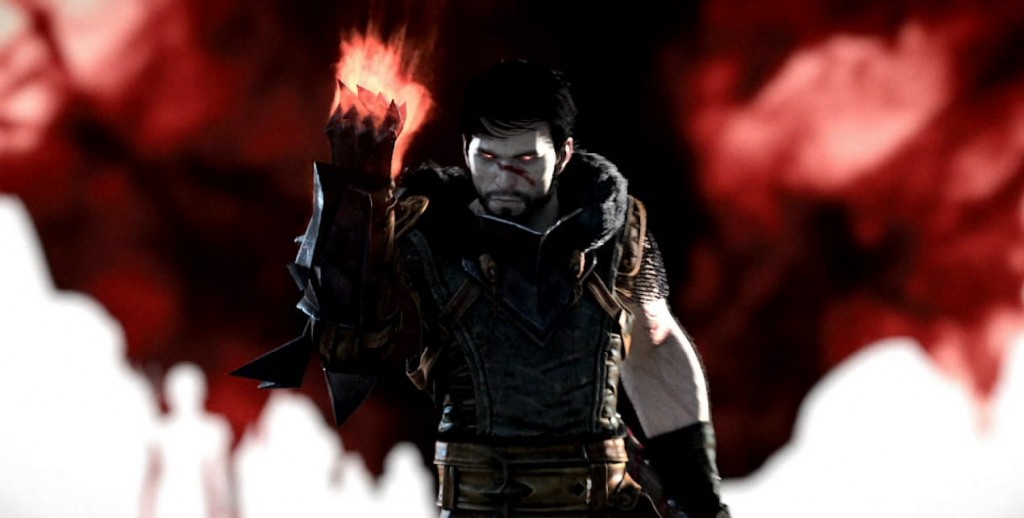 There is no doubt that mages can be dangerous. The power they command can leave someone awestruck. They quite literally bend reality to their will. It is because of this danger, that the Circle of Magi was created. It consist of towers where mages live confined from society to study and learn to master their talents, as well as learning resist demonic possession. All of this is carried out under the watchful eye of the Templars. In essence their job is to protect the mages as much as everyone else.

Unfortunately there are flaws in this system. In a perfect world a Templar would never judge mages due to the actions of the few. They would not abuse them or treat them like second class citizens. However, the world of Dragon Age is not perfect. Mages suffer many abuses at the hands of the Templars. They are monitored by curfews and constant guard patrols; the life of a mage is one of constant mistrust because of the power they hold. A mage’s tower may as well be their prison. Now you can say perhaps this is a necessary evil. The threat mages pose permits these actions, even if we despise its necessity. Oh but dear reader, we have not reached the two most terrifying rites the Templars may enact.

The first rite the Templars have is The Right of Tranquility, this rite is enacted if a mage has turned to forbidden magic or is considered guilty for crimes committed. Tranquility may as well be a death sentence; it is a rite that cuts the mage off from the Fade. They no longer posses the power to cast spells but they are also robbed of all emotions. They become husks of humans. Unable to function, these former mages now serve as a form of manual labor still confined to their tower. They become emotionless servants who only obey. Tranquility robs a mage of their humanity, perhaps more horrible is that mages can be forced to choose this path. When mages have had sufficient training they undergo a final exam of sorts called the harrowing. This is a Circle and Templar mandated exam, the young apprentice is awoken in the middle of the night brought to a secret chamber and forced to undergo a ritual that throws them deep into the Fade. Once within the Fade the apprentice must confront and defeat a demon. Should they fail they become an abomination to be put down. If a mage refuses this exam then they are forcibly made tranquil. This is the horror mages face.[youtube id=”cLfvUne6CuE” width=”600″ height=”350″]

The final rite the Templars hold is The Rite of Annulment, should danger beset the tower. Like a sudden outburst of demonic possessions then the Templars have the ability to enact this rite. If they do all living things in the tower must be destroyed regardless if a mage is possessed or not, they all must die. So now I believe the plight of a mage can be understood. How can they not feel like constant victims? The question is raised: dealing with all of this, can a mage be faulted for turning to demonic assistance? If they feel abused and fear they may be made tranquil any day, how should one react? Is it not in our very nature to survive by any means necessary?

I believe that abusing any group of people because we fear them is wrong. I believe a common understanding can and must be reached. We must look past the threats we see, we must look past our negative perceptions. This can be expanded to our real lives. Racial bigotry due to terrorism and other actions has had some people label entire cultures/races as enemies. Better to lock them all up and be done with it they say. Well that attitude is wrong, just as I believe the Templars must grow into tolerance and understanding, so must our society. Security versus freedom and tolerance versus bigotry, Dragon Age raised these questions. Through the eyes of the characters I was able to view opinions from many different angles. A political disagreement spawned from playing the same game, completely different opinions were formed. Just as my friend fell on the side of security so may you. This is the power our medium has dear readers. This is why gaming creates the best story telling experiences. I believe in freedom over security and I will never sacrifice the freedom of an individual simply because we fear what they may do. These views were strengthened by the phenomenal Dragon Age franchise.

I hope that this article has given you pause. If another game has affected you and caused you to consider such dilemmas, please let me know in the comments. Gaming is a powerful medium dear readers, I believe our experiences deserve discussion.

Also allow me to leave you with a fantastic song that just gets the Dragon Age universe. Look up a bunch of other great gaming songs from Miracle of Sound on the Escapist.[youtube id=”lChS4ZJtTXQ” width=”600″ height=”350″]