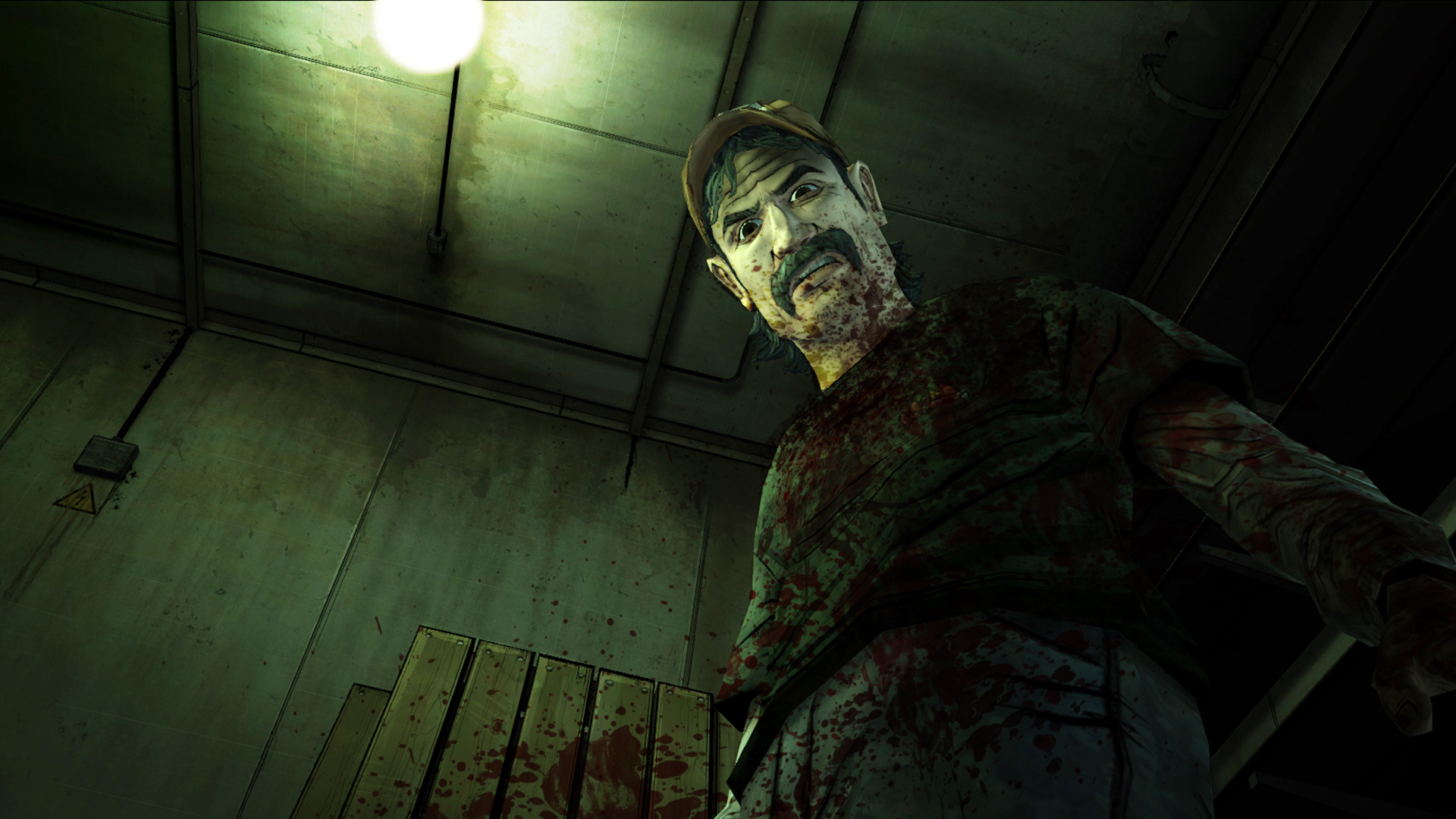 In case you haven’t read the first review of this ongoing series you can find that here.

Have you ever been so hungry that you would be willing to do anything for a meal? What price would you pay for a single meal? Telltale’s The Walking Dead Episode 2: Starved For Help asks these questions and the choices  are never easy. The highly anticipated second episode to The Walking Dead story set in the comic universe of Robert Kirkman will send shivers up your spine and make your heart race with its perfect blend of atmosphere and drama and will make you question even your own limits in a dire situation.

The second chapter begins three months after the conclusion of the first episode in the Motor Inn that the ground created their base out of. Tensions begin high during a hunting excursion in the woods to find that a meal is difficult to find as even the wildlife is beginning to dwindle due to the “Walker” outbreak. The first scene alone sets the tone for the episode as you are immediately set with a decision that is necessary but very difficult to make and would make the most hardened men squirm in their chair. 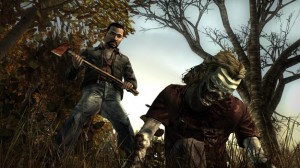 Starved For Help takes everything that was done in the previous episode and cranks it to eleven. The tension is higher, that stakes are higher and all of your previous choices come into full. Truly giving you the feel that your choices do matter and it makes the player think twice before making a choice.

There are two important themes throughout the chapter: hunger and loyalty. Food is running dangerously low and the group of nine survivors are all on edge. On top of that there is a power struggle between two of the other members in which you are constantly forced to take sides on their decisions to properly govern, and ultimately survive. As luck would soon have however and opportunity springs up to potentially relieve both of these problems as two brothers by the name of St. John come with a trader offer. Fuel for food, and a chance at safety.

Much of the episode takes place at the serene, calm St. John Dairy Farm, a medium sized out far in the rural countryside. Fortified by an electric fence to keep any undead threats out. With the threats of zombies and other human bandits roaming around the scene that followed at the farm was calming and really feels like a breath of fresh air, but one will also notice a strange air, that something is not right. The suspicion and the build-up to the stories climax will keep you at the edge of your seat for the entire 3-4 hour story. 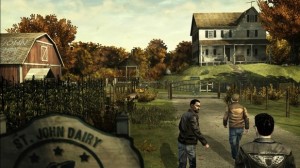 Unfortunately there are some glitches here and there that can really effect the immersion during the game. Usually this comes down to load times in between scripts during conversations and transitions from cut scene moving into full control. These load times may only be a miniscule 3-5 seconds at its worst, but those seconds do make a difference in the middle of a conversation. Or the data won’t be fully loaded so you will be halfway into selecting an action and it will reload. At one point near the climactic ending Lee was walking out of the barn to be followed by another character, but as the scene was about to transition over Lee’s body zoomed back to the point he started at. Creating a comical moment in an otherwise very serious moment that fully broke immersion.

The Walking Dead: Starved For Help is a fantastic second entry to this five part series, the story delivered is dark, grim, and masterfully told. The experience is akin to that of a really good movie, or even novel. Definitely a large step up from most stories told in video games. If you bought the first episode of The Walking Dead and are considering getting the second episode it is a highly recommended and rewarding experience that trumps the prior chapter in every possible way. Starved For Help cannot be praised enough for the story presented and is worth playing several times for all the possible character interactions possible. Bringing hours of enjoyment despite the 3 hour play time.