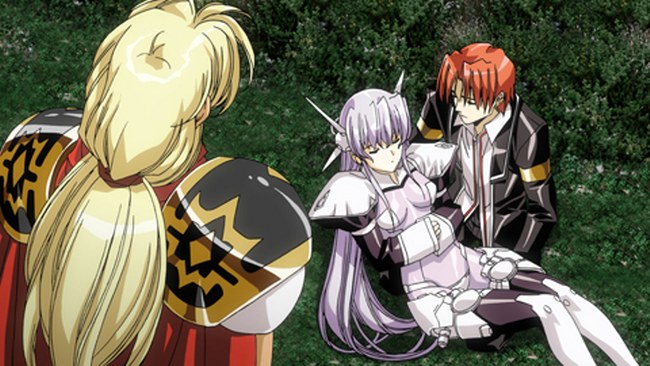 Anime girls with giant boobs, they are a dime a dozen right? Well they usually aren’t this detailed, that is for sure. Atlus’ next strategy RPG Growlanser: Wayfarer of Time for the PSP brings some very detailed and colorful traditional 2D artwork.

Now only do the newly released screenshots showcase anime cat girls in maid uniforms but also several different characters in revealing outfits of all kind. It’s not to say that Growlanser: Wayfarer of Time appeals only to the male audience, the male characters are also very pretty, in a Bishonen kind of way.

Maybe pretty and voluptuous characters don’t do it for you. The game offers several dilations from the standard JRPG formula, including characters with multiple armor slots, over 100 different equip-able gem types and 11 playable characters. The Growlanser series is also known for its dating simulator elements and  Wayfarer of Time is no exception.

Check out several of the new screenshots in the gallery below.

Growlanser: Wayfarer of Time will be released on the PSP on July 31st in North America.