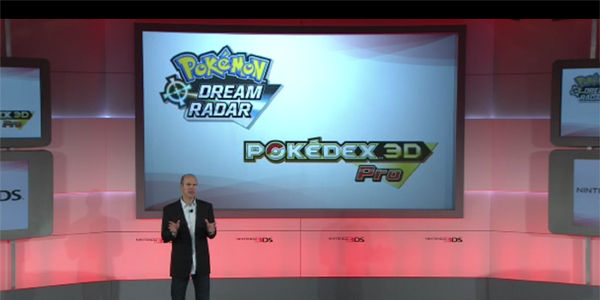 Nintendo reaffirmed that owners of Pokemon Black & White 2 will benefit from playing the game on a 3DS, even though the game was designed for the original 3DS.

Details were sparse but players will be able to use the Dream Radar to locate hard to find & rare Pokemon via an augmented reality mini-game using the system’s rear camera. Who wouldn’t want to shoot a Lugia in the face with a yellow beam? Pokemon captured through Dream Radar will be transferable on to the Black & White conference.  PokeDex 3D Pro is an updated version of the PokeDex 3D application that was released last.

No price was available for either game but as soon as we hear a price or release date we will bring it to you.