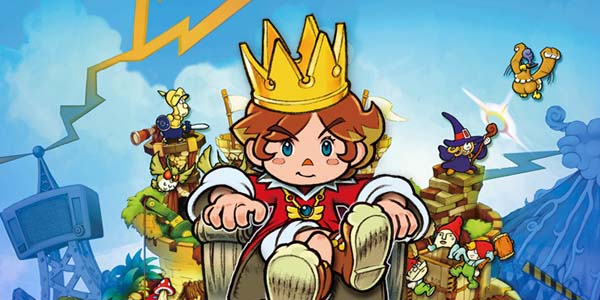 In New Little King’s Story players take the role of King Corobo who must reclaim his kingdom from the evil Devil King. Not much else is known about the plot of the game, but more details should be forthcoming. Check out gameplay details and the first story trailer after the jump.

As you can see in the below gameplay footage from the Japanese version of the game, New Little King’s Story is a cross between a group management game and a traditional role playing game. Similar to a game like Nintendo’s Pikman players are able to command a group of characters who follow their king around. Your followers also play a role in the management of your kingdom as well are your allies in combat. When you are not adventuring you can use your followers to help construct new buildings, sell items & loot and more.

The original Little King’s Story was released on the Nintendo Wii in April of 2009. The Vita version is expected to hit sometime this summer.