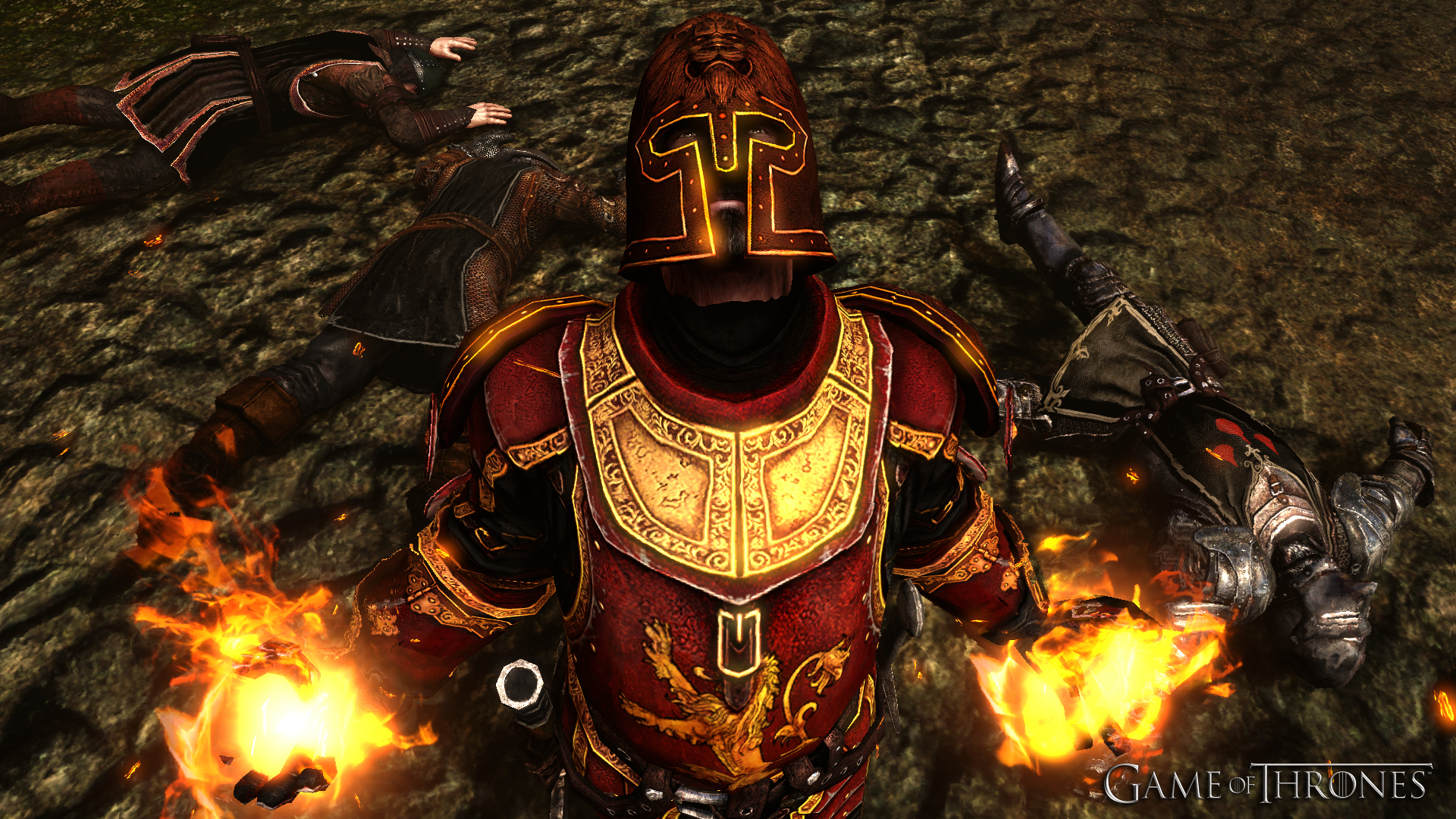 Winter has come my friends. Game of Thrones, an RPG set in George R.R. Martin’s phenomenal universe, is here. I made it clear when I first discovered this game that I’m a huge fan of The Song of Ice and Fire, I adore the universe and was excited to explore it. With its ever growing popularity, thanks to the amazing HBO series, the stage has been set for Game of Thrones. However, one question still looms, can it live up to the hype?

That question has plagued me while working on this review. Game of Thrones is a labor of love on two fronts. The development team at Cyanide Studios clearly loves The Song of Ice and Fire (as they should, I’ve loved the series since the first book). In fact, they’ve wanted to develop this game for seven years, long before the HBO series was anywhere near a reality. The developers are also clearly fans of Dragon Age: Origins. I can’t blame them; Dragon Age did so much right and is one of the best western storytelling experiences I’ve had in the last decade. Dragon Age: Origins had its flaws, but overall I see it as the game the resurrected the Baldur’s Gate style of game play. Tactical combat, a strong meaningful story, engaging party members that you actually care about, Dragon Age had all of these things. So, for a studio that is clearly so inspired by this game, it’s a shame they left so much out and released a product that stands no chance at being considered an equal.

After playing Game of Thrones you just feel so confused. There were so many terrible aspects of the game, yet pure gems are scattered throughout. I tried so hard to look past its flaws, but they are too glaring and numerous. Before we go any further let me say this: We deserve a sequel. I know given proper time and resources we could see some great improvement, hell we could have a true contender for RPG of the year. However, that is not the case here. When you develop the Game of Thrones you either win, or you die! 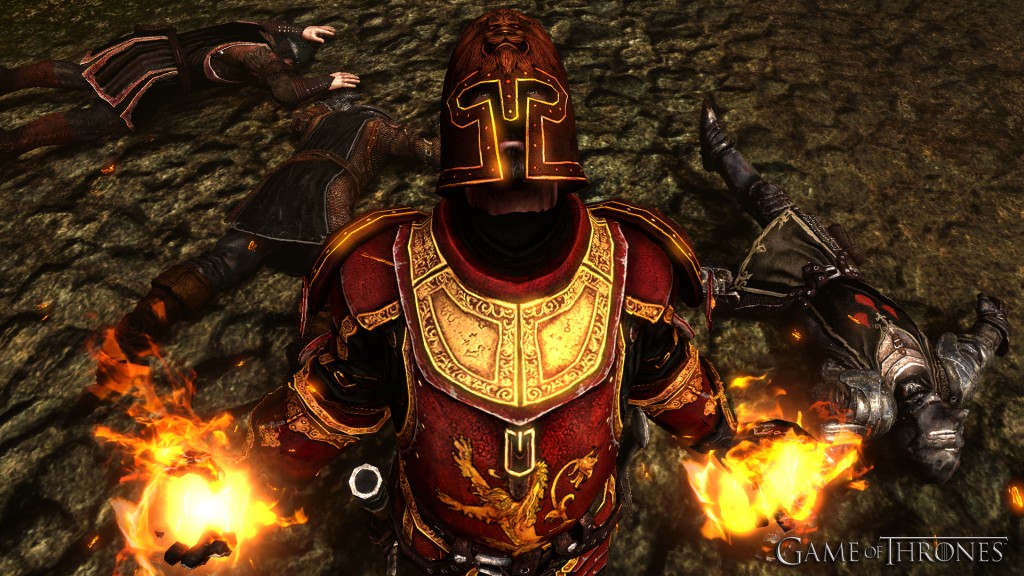 At first glance Game of Thrones is a beautiful game. Textures and environments are beautifully rendered, breathing life into a world only imagined before. The best examples are the Wall and castle black which are faithful to the novels and noticeably distinct from the HBO series’ depiction. The pure imagination of the art team is truly commendable. Accompanying these great environments is an original score that fits the mood of the game. Music from the television series is only used in the opening menu.

Unfortunately, as I said before, for everything they did well they made a series of brutal missteps. Character models look plastic and uncanny. There is no lip sync to speak of, the lips just kind of flap about. This could be forgivable, but it’s accompanied by some of the worst voice acting I’ve heard in a modern game, making the characters feel sloppy and off. The voice acting is incredibly inconsistent. Dialogue delivered with great passion is often followed by performances that donn’t even sound like the same voice actor. This happened numerous times throughout the game, with major characters! I just cannot fathom how something so blatant was overlooked.

Remember when I said that Cyanide Studios clearly loved Dragon Age: Origins? I do believe that, because the game plays very similar. Both games have a combat system that forces you to think tactically with pause and play game play. Game of Thrones even has a very expansive leveling system based on class and play style, allowing you to customize your abilities and focus on swapping weapon sets based on what type of enemies you’re facing. All of this can be done by a straightforward and easy to navigate menu accessed by pressing spacebar. To keep you on your toes the game does not actually pause, it slows down time as seen in The Witcher 2: Assassin of Kings. You are given a wide variety of abilities to take down your enemies, all of which are enjoyable to watch even when shoddily animated. 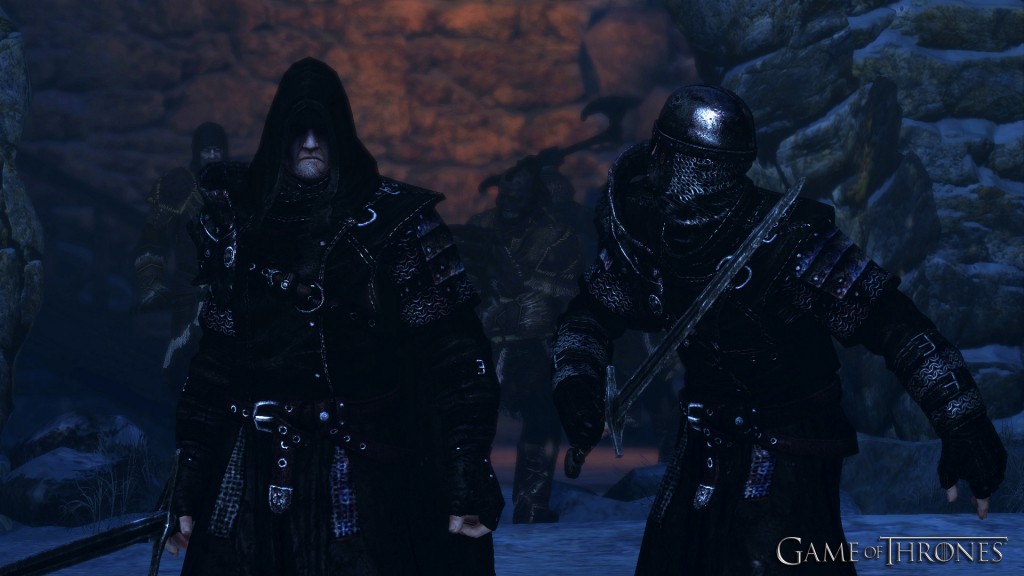 With everything Game of Thrones took from Dragon Age you’d figure they would have caught onto a few huge principles of its success.  Dragon Age had memorable companion characters, but party members in Game of Thrones might as well be named “soldier #27.” These characters are never fleshed out and stay with you for incredibly short periods of time. Furthermore, there are scant options for tactical teamwork compared to Dragon Age. For example, you have limited control over your companions’ actions and cannot upgrade their equipment whatsoever. I mean come on, even the watered down Dragon Age 2 still allowed for weapon and accessory customization. Often times I would just let them die and finish the battle on my own.

The best part of the game is the truly enjoyable story which spans the entirety of the first book and is told from two different perspectives. The first being Mors; he is a veteran of the Nights Watch. He must carry out a favor for his old friend John Arryn. The second perspective being Alester Sarwyck, he has been away from Westeros for fifteen long years. He is a displaced noble, leaving after Robert Baratheon’s rebellion; he forfeited his land and titles. Alester winds up returning as a red priest, who must play the game of thrones to take back what is rightfully his from his cruel and brutal bastard brother. Of the two I enjoyed Alester’s segments of the game a lot more, it just felt like I was there playing the deadly game of politics and intrigue.

All things considered Game of Thrones is an average game, there is nothing original on display, and the game has glaring technical and mechanical issues. What saves it from being terrible is the story. I wouldn’t recommend full price for this one folks. If you’re a huge fan of Song Of Ice and Fire and you want to expand your experience, or if you really love the television show, then check this one out. For everyone else, skip it. In the end I enjoyed the game, despite its flaws, simply because of the story. Here’s hoping Cyanide Studios gets another shot at this. I think that, with some polish, we could have a damn great series on our hands. Only time will tell my dear readers, lets hope we see the source material get a top notch game just as it deserves.

Game of Thrones was developed by Cyanide Studios. It was published by Focus Home Interactive and Atlus.

Tags: Game Of ThronesGeorge R.R. MartinPCreviewSong of Ice and Fire