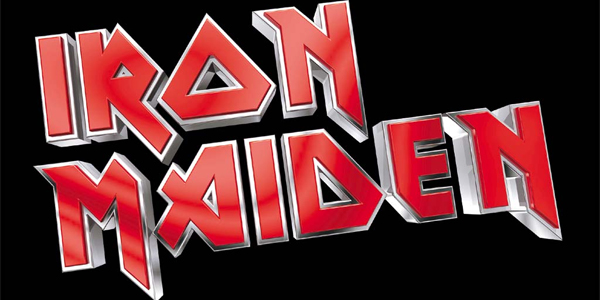 Now that I’m all rested after taking a nice vacation last week with my lovely wife, I’m back and ready to play catch-up with the weekly DLC releases!  You’ll also notice that I’ve settled on a name for these features – you can now call these posts “The Soundcheck!”

So for last week’s DLC we got a mega-pack of Iron Maiden epics under the appropriate title “Maiden Epics” in the Rock Band store.  The tracks are as follows:

Not only are most of the tracks a minimum of five minutes long, but Rime of the Ancient Mariner clocks in at an astonishing 13 minutes!  “Maiden Epics” will cost you $9.99, or 800 MS Points.  So are these the tracks for you?  Let’s take a look.

Phantom of the Opera

Look out for the almost duelling-guitar style intro here, where we have the bass and the guitar playing similar rhythms at a lightning pace to start things off.  Then we have a blistering strumfest on both instruments, meant to punish your left forearm muscle the whole way.  Drums are a nice affair, with syncopated rhythm along the way.  But look out about a third of the way in for the 16th-note hi-hat beat.  You’ve seen this before in songs like 30 Seconds to Mars’ track “Kings and Queens,” also available as DLC.  Vocally this will also wear you out, with rapid-fire vocals that go all over the map.  Towards the beginning of the end we get a nice chugging triplet pattern going, with the guitar doing what I like to call “squeedlies and meedlies” (credit to Strong Bad’s Trogdor Theme for that one), and don’t forget the requisite face-melting guitar solo.

Ahh, The Prisoner.  A straight-forward, punch-you-in-the-face-until-you-love-it rock song.  At about a minute and a half in, we cruise into a double-time tempo and things start to really heat up.  Once again, be on the lookout for the guitar solo – that’s where you’ll find most of the challenge in this title, likely.

The Flight of Icarus

It’s gallop-bass time!  That’s right, if you’re the lucky individual who is going to be playing the bass guitar for this track, get ready for and used to the triple-note pattern.  Drums get a similar treatment, with a lot of tom work.  This track is unique in that way, in that it’s not primarily driven by a cymbal rhythm, but rather by tom work.  It’s a refreshing change, actually.  The guitar has yet another two decent-length solos as well, so you guitar aficionados out there should make note of that.  The whole package ends with a Big Rock Ending, which has been rare as of late.  So enjoy getting to thrash around on the drums or frets of your guitar like a rock god!

Rime of the Ancient Mariner

So, before you tackle this one, make sure that you take your potty break, have a drink, get a snack if you’re peckish.  You’ll be sitting down (or rocking out) for a full thirteen minutes while playing.  From a content perspective, the main thing you’ll have to contend with here is the fact that you’re basically playing different movements as you go, so you’ll transition into and out of a few different tempos and beats/rhythms.  That can really throw some people off, while for others it’s the sole reason they’ll want to play it.  It starts off with some straight-ahead rock again, kind of like The Prisoner, before going into a double-time 6/8 time signature on us and picking up the pace.  At about a third of the way in, you’ll have a nice quiet part complete with spooky/creepy vocals, and a nice bass feature (it’s not regarded by the game as a solo).  This is where the drummer can take a quick break if wanted, before coming into a series of cymbal rolls to take things into yet another tempo and pattern.

And here we have the slow jam of the pack.  At least in the intro through to the first half or so of the song.  This six-minute-plus track will give you a bit of a break if you’re doing all these songs back-to-back, especially on drums.  And in true fashion, however, we get into a double-time tempo increase and it stays that way until the outro.  It showcases the bass guitar a good amount here, something that I’m especially fond of being a bass player in real life myself.

Clocking in at around ten minutes, this is the second-longest track, only shorter than “Rime of the Ancient Mariner.”  It starts off in a suitably epic way, such that you know that things are just getting started.  If you weren’t sick of the triple-note gallop beat yet, you’re in luck – it’s here as well!  As many tracks as they do a good job of featuring the bass, it seems like there’s just as many if not more that just relegate the time-keeping duties to the bass, and leave it at that.  You can consider that a critique of Iron Maiden for their writing or Harmonix for their song selection for this pack; either way!  You’ll also find, if you’re a drummer, you get some nice sixteenth-note hi-hat patterns to play with in the middle.  Those are always a bonus from where I sit.  You guitar players, look for at least two solos on which to test your chops.

The Verdict | Wait for Sale

I do have a feeling that I will be in the minority here, but for me, these tracks don’t have the main thing that I’m looking for when it comes to my Rock Band purchases – the fun factor.  Also, I found myself playing through the songs, and when I got to track three or four, I swore I clicked on a song that I had already just played before.  That speaks to there not being a terribly varied feel for these tracks.  Iron Maiden have a huge collection of songs, so it was interesting to feel that way with six hand-picked tracks.  If you’re a die-hard Maiden fan, you won’t need this review to tell you to purchase these.  However from where I sit, they’d be neat additions to your library only if you can get them on sale (or via a donation or gifting of points or store credit).  Feel free to disagree – that’s what opinions are for, right?  Let me know if you think I’m right or way off-base by sounding off on the comments below!

Missed out on a week?  Check out the Back Catalog.