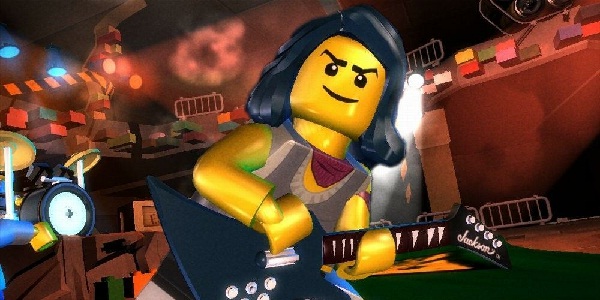 I have a love/hate relationship with Rock Band.

When it first came out, I hated it (because I hated Guitar Hero). Then in early 2008 I moved into a house with three other guys, and they all loved Rock Band. And then I did too. Now I haven’t touched it in two years, though I remember the time we spent together fondly. So really, my relationship with Rock Band is hate/love/sexless marriage. Those two years ago, I bought the Lady Gaga track pack (don’t judge me) and the AFI Crashlove pack (I SAID DON’T). Since then, though, I haven’t noticed anything that has been put up on the marketplace that would inspire an end to my music game famine.

So what would it take?

It’s pretty rare that pop music carries such gravitas, and carries it so well. The entire album ‘Ceremonials’ is rather high quality, but this is certainly the stand-out track for me. I’d like to see how they’d track the vocals. Is that 16 different octaves?

Blood Brothers spent most of the early 2000’s desperately trying to drag post-hardcore back to hardcore. But also with jazz. I actually don’t like very many Blood Brothers songs, in no small part to the fact that they were around after I was in high school, which was about the only point in my life that I could listen to screaming vocals that are that high pitched with regularity. However, this song just does something for me. I think it’s the keyboards.

3. Jimi Hendrix – ‘All Along the Watchtower’

Bob Dylan is a fantastic writer. If anyone tells you that Bob Dylan is a fantastic performer, they are liars who mean you ill, and probably say mean things about you on Facebook but fidget with the security settings so that it doesn’t show up on your news feed. This is how this song is meant to be played, and if it showed up on Rock Band I think it would quickly because a pervasive favorite, both because it is simply a glorious song and because none of the four players would be stuck with a boring chart.

As a whole, Rock Band suffers from a lack of genuine punk rock. I want to see this song on the list primarily for that bass breakdown. There are better Rancid songs (all of them, incidentally, happen to be on that same album), but at less than a minute and a half, ‘Maxwell Murder’ is an unmatched ball of energy.

This choice is ironic for me, since it highlights the primary reason I disliked the idea of music games to begin with. What’s truly great about playing rock music (or any music) is the fact that you can, and should, iterate. Even if it your own songs, the real beauty of performing music is being able to add new touches and twists. Hold this note a little longer to stretch the beat. Turn this one into a triplet. Iteration is where joy is. But in Rock Band, iteration is punished. The goal is to hit specific notes at specific times, and nothing else. What got me over it was realizing that this isn’t really anyone’s fault, and that in the future maybe there will actually be a game that does reward such innovation. Also, it’s easier if I just think about it as “scored karaoke with more than just singing,” which helps the cognitive dissonance a bit.

Anyway, this is one of the (very many) things I love about Muse. Their live shows are better than their albums because they are masters at changing small details about their songs to bring out even more personality and energy. I also love this particular version of this song because the live album it’s from, HAARP, is one of the best live albums ever produced. All bands cheat a little for live albums, doing re-recordings and creative mixing to clean up a live recording, but if you’ve never seen Muse live you need to understand that that’s just what they sound like. They always sound that good. I’ve seen them in a 40 person club in St Louis, and I’ve seen them in Chicago’s United Center, and they always sound like they own your ears for two hours.

So what say you, Harmonix? I’ve just laid $10 on the table. You know how to pick it up.

Also, is there a song you’ve always desperately wanted to play on those little plastic clacking guitars? Let us know!*

(*if you say that damn Gotye song, you are banned from all of the internets)

I won’t lie to you. I’d absolutely buy Rapstar if it had Doomtree on it. Or maybe Wugazi… (Also NSFW)