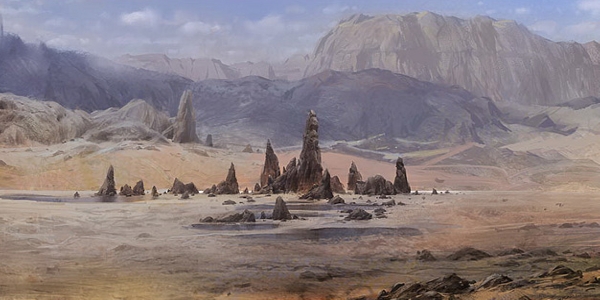 Perhaps, it was inevitable…. Bethesda has just announced The Elder Scrolls Online. There wasn’t much information about the game in their press releases (the June issue of Game Informer will reveal more). So far all we know is that ZeniMax Online Studios is developing it for PC and Mac. Also, the game director has some ambitious plans for the game.

“We have been working hard to create an online world in which players will be able to experience the epic Elder Scrolls universe with their friends, something fans have long said they wanted,” said Matt Firor, game director of The Elder Scrolls Online. “It will be extremely rewarding finally to unveil what we have been developing the last several years. The entire team is committed to creating the best MMO ever made – and one that is worthy of The Elder Scrolls franchise.”

Seems like Mr. Firor plans to shoot for the moon. Will he wind up like Icarus, plunging from the heavens as a result of his hubris? Or, will he be responsible for the best MMO ever made? What are your thoughts?