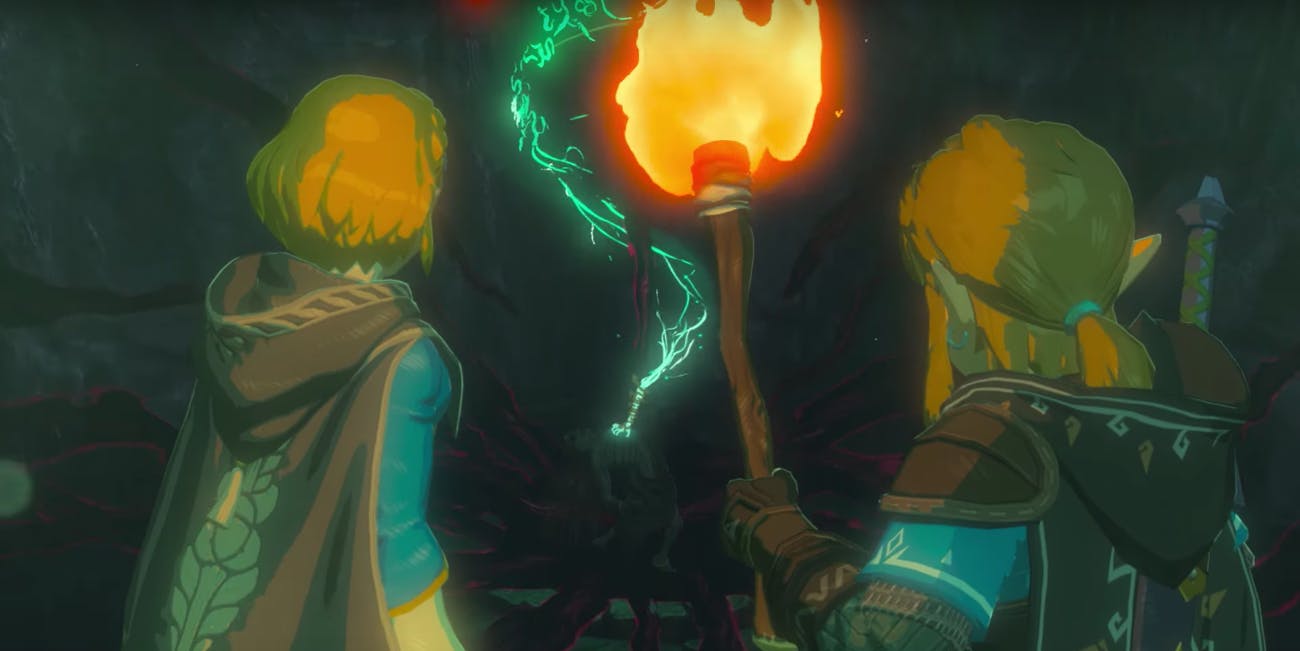 Nintendo first revealed the sequel to 2017’s The Legend of Zelda: Breath of the Wild two years ago at E3 2019. Now, we’ve finally got a fresh look at the title thanks to this morning’s Nintendo Direct. We still don’t have any details about the title’s narrative but we did get a look at some really cool new toys for Link.

It looks like regardless of however much time has passed between Breath of the Wild and its sequel, Link has either replaced his right arm with a sweet Shieka cyber arm OR he’s got a cool new gauntlet. Either way this new piece of kit allows him to cast abilities like the magnetic power frotyzm the first game without using a Sheika Slate. He just holds up his hand towards an object and the power activates. It seems that he is also able to use the new arm/gauntlet to WARP THROUGH OBJECTS. Literally phasing through them, Kitty Pryde style. It’s not known if this ability is only used at designated points, within designated types of terrains or has other restrictions.

In terms of locations.. it looks like Ganon’s castle…. is bleeding? I’m no expert on castles but I’m pretty sure that is not normal. We also got confirmation of a new location – islands that float above Hyrule in the sky!

Breath of the Wild 2 is confirmed for a 2022 release on Nintendo Switch. As we all know, the COVID pandemic does mean that games can miss their target dates.

Watch the trailer below.