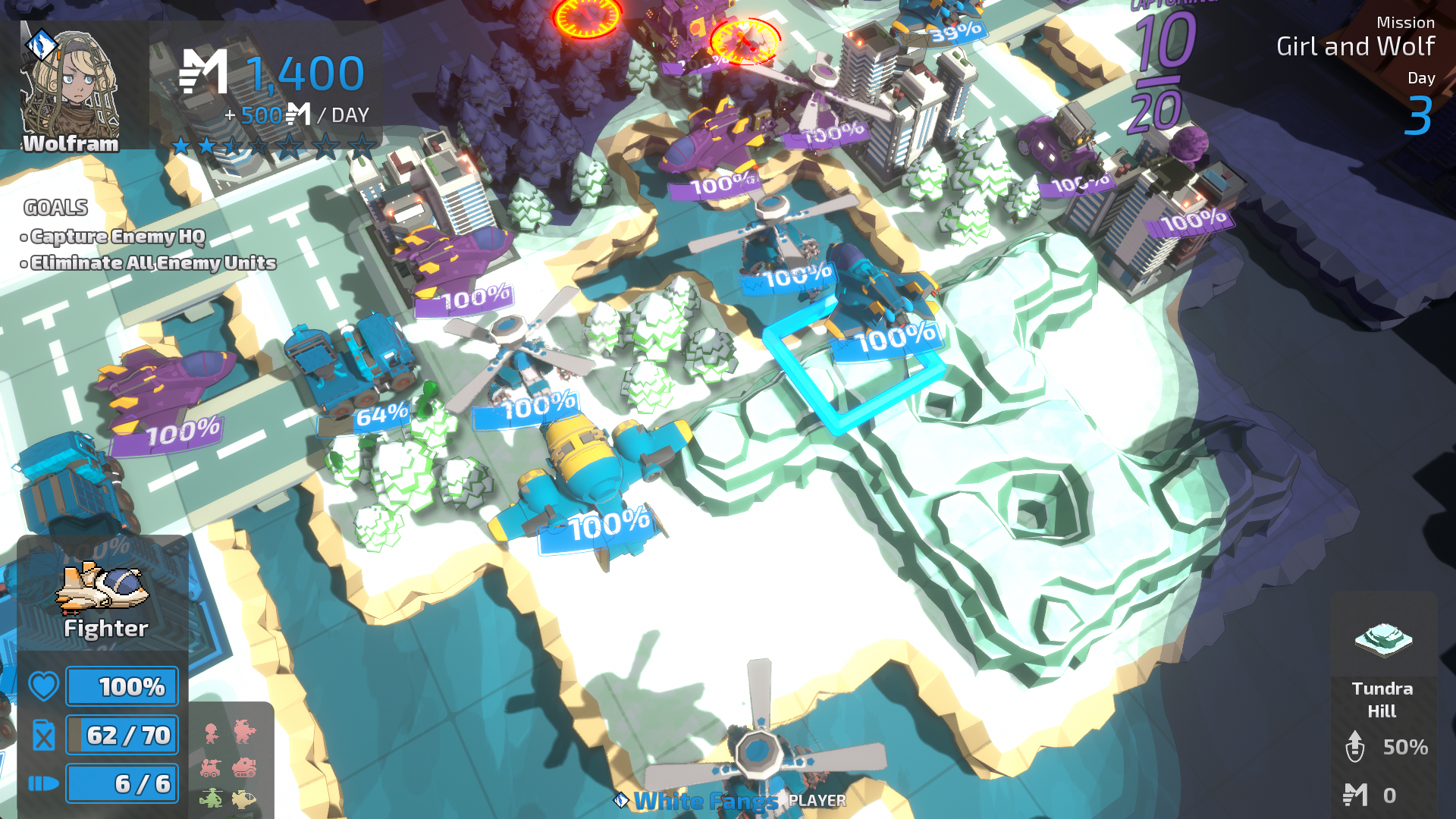 Nintendo might not have published an Advanced Wars title in 11 years but that hasn’t stopped the developers at Area 35 from picking up the flag and marching towards their objective of bringing turn based portable warfare into the modern era. Just over a year and a half after releasing the first Tiny Metal, their back with Tiny Metal: Full Metal Rumble on Nintendo Switch and Windows PC.

Three modes of play are available in the full version of Tiny Metal: Full Metal Rumble – Campaign which features over 39 missions to test your skill against. Skirmish, which allow commanders to set their own difficulty and other conditions with 77 additional challenges to tackle. Lastly is the Skirmish mode which allow two commanders to go head to head in 1 Vs. 1 tactical battles.

A demo version of Tiny Metal: Full Metal Rumble is also available on the Nintendo E-Shop in addition to the full game. The demo version will allow you to try out the first 3 Campaign missions as well as 2 maps from the Skirmish mod, which includes a demo-exclusive unit.