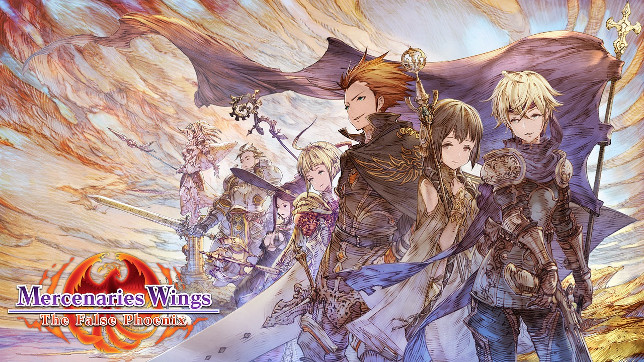 This new release in the Mercenaries series will offer familiar gameplay but a separate story and worldview from the Mercenaries Saga trilogy recently seen in Mercenaries Saga Chronicles on Nintendo Switch. It is not an orthodox sequel, nor will players need to have played the original trilogy to fully enjoy the game.

A tactical RPG in the finest traditions of the genre, Mercenaries Wings: The False Phoenix requires you to carefully utilise varied units and their abilities. Set Leaders to change the flow of battle, level up your units, change classes, manage equipment and make the key choices that will be the difference between victory and defeat!

This all takes place against the backdrop of a storyline revolving around war, betrayal and magical forces! We’ll reveal more about the story ahead of release.

Mercenaries Wings: The False Phoenix will arrive on the Nintendo Switch eShop in North America, Europe, Australia and New Zealand in November.