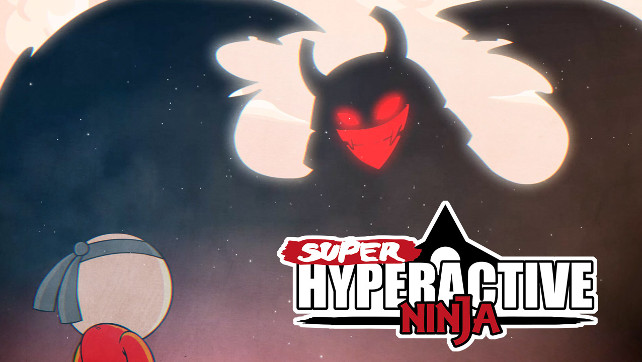 Today the developers have released a new animated trailer for Super Hyperactive Ninja, which will be released for the Nintendo Switch on October 25th.

Super Hyperactive Ninja is a fast-paced hyper-caffeinated action-platformer in 2D, designed for those who want a real tough challenge. Recover the stolen coffee before you fall asleep. Use the power of caffeine to make your way.

The evil Shogun has stolen all the coffee from the secret ninja village of Kohinomura, recover it before you fall asleep!

You will play as Kohimaru, the last of the Coffee-Nin, to defeat the Shogun’s army of evil ninjas and samurai, and his great yokai generals.

Save your fellows and recover the Legendary Coffee, which it’s said to grant infinite energy to the one who takes it whole without milk.

The game features more than 50 levels of fast paced hyperactive action. The developers are touting that the game is difficult and challenging, but fair and is also speedrun friendly. There are also new ways to play and secret paths to uncover with the use of unlockable items and characters. There is also apparently a hidden 2-player fighting mode as well as guest characters from other indie games.