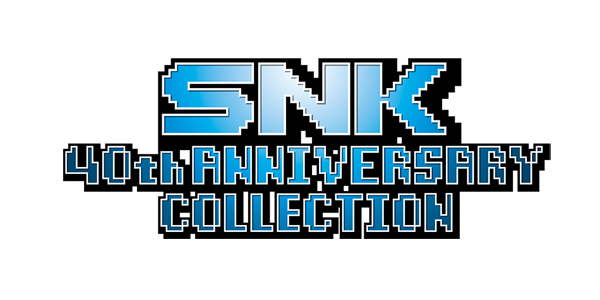 SNK will bring a collection of their older games in one package to the Nintendo Switch in order to celebrate the company’s 40th anniversary. Despite SNK being best known for classic fighting game franchises like FATAL FURY and The King of Fighters but they’ve also published a number of other games in a variety of genres.  We knew that the 40th Anniversary Collection would include classic SNK games like Ikari Warriors (and it’s sequel), Chrysalis and P.O.W but now SNK has also revealed 5 of the 10th free DLC add-on games that will launch later on.

SNK 40th Anniversary Collection will be released on November 13th 2018 with a special Collector’s Edition available through the NIS web store.

These additional games include:

In Munch Mobile, control a car with a human limb and cruise through various scenic routes to reach your ultimate destination: the garage. Pick up various objects along the way, such as fruit and gas canisters. What a handy vehicle, don’t you think?

Your sweetheart has been captured and it’s time to get her back in Fantasy! To rescue your loved one, trek through the wild jungles and soar above the sea—seems like nothing can get in between you and Sherry!

As the title suggests, in Sasuke vs. Commander, you are the legendary shuriken-wielding ninja Sasuke. You must protect your master, the Shogun, against enemy ninja. Fulfill your duty in this classic set in feudal Kyoto!

“Emergency! This is not a drill!” It doesn’t get much more metal than this! Shoot up tanks, ships, planes, and more to defend against enemy troops. See if you’ve got enough firepower to carry out your mission in Chopper I!

Traverse through time with the “D-Scanner” to rescue your comrades in Time Soldiers. There’s just one caveat: if you’re not in the correct place in history, you must defeat that era’s boss before making the leap to the right time period your fellow soldier is trapped in.