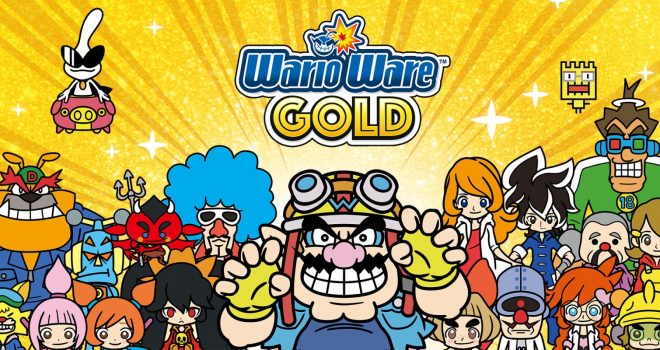 WarioWare Gold – The infamous schemer Wario is back! Play his new microgame collection, where you’ll have seconds to complete 300 different microgames. Better think fast to succeed! You’ll use the touch screen, tilt the system, push buttons and rock the mic as you laugh through fully voiced stories featuring new and classic characters. The WarioWare Gold game will be available on Aug. 3.

Overcooked! 2 – The unbread have risen! Only you have the cooking skills to put their yeast to rest. The steaks have never been higher, so prepare to save the Onion Kingdom … again. Buddy up or go it alone as you cook up a storm, chopping, steaming and frying your way through dynamic and outright crazy levels. The Overcooked! 2 game will be available on Aug. 7. (Additional accessories may be required for multiplayer mode. Sold separately.)
Dead Cells – The Dead Cells game puts you in control of a failed alchemic experiment trying to figure out what’s happening on a sprawling, ever-changing and cursed island. Tough but fair combat, responsive controls and challenging foes make for a demanding and cathartic action game. Dead Cells will be available on Aug. 7.
Flipping Death – Welcome to Flatwood Peaks, a small whimsical town with a problem – Death is on vacation. Play as Penny and help trapped ghosts with your trusted scythe. Flip the entire world around to solve puzzles on both the living and the dead side, and slowly uncover the mystery surrounding your own demise. The Flipping Death game will be available on Aug. 7.

Forest Escape – Run, run away. You have to escape from this dangerous, terrible forest. Danger breathes in your back and it’s gaining speed, it will soon catch you up, run faster. Just don’t hit the tree!