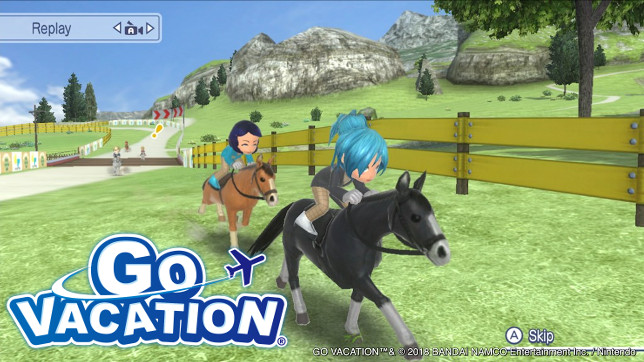 Go Vacation – Welcome to Kawawii Island, a paradise resort where friends and family can enjoy 50+ co-op and competitive activities. There are all sorts of exciting ways to explore the island, from horseback to buggies, snowmobiles to in-line skates. And to add to the fun, up to four players can enjoy visiting and discovering every corner of the island together. Go Vacation will be available on July 27. (Additional accessories may be required for multiplayer mode. Sold separately.)

Banner Saga 3 – Banner Saga 3 is the dramatic final chapter in the mature, story-driven Viking RPG series, which has won more than 20 awards and has been nominated for four BAFTAs. As the world continues to crumble around you, who can you trust, how will you protect your allies and what choices will you make as the Darkness draws near?

RTO 3 – The lunar base, where you are stationed as part of the security forces, is under siege. Having just escaped from enemy captivity you are now on your own and must fight against overwhelming odds to survive. Featuring large and complex levels with nonstop action RTO 3 is a first person shooter which will keep you entertained for hours. [New Nintendo 3DS systems only]