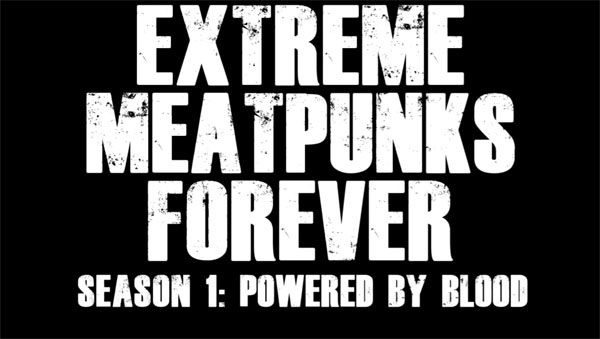 I asked Heather for a brief overview of what EXTREME MEATPUNKS FOREVER is and what the success of the game meant to her. Below is her statement as provided:

“EXTREME MEATPUNKS FOREVER is a serialized visual novel/mech brawler about gay disasters beating up neonazis in giant robots made of meat. It’s about growing up queer in a small town, about being at odds with your own body, about feeling broken and trying to build a community with other broken people. The game takes from a lot of my own personal experiences growing up in Oklahoma (though it tends to give a more fantastical spin on events). Reception so far has been extremely positive, but the true question is what will happen as more episodes come out. I hope people like it and stay interested! Either way, we’ll see in a couple weeks.” 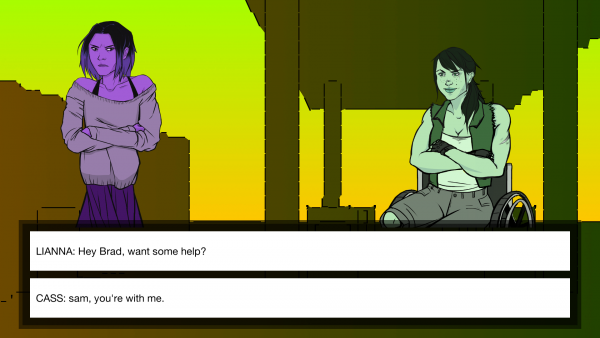 Feeling at odds with your own body, having to build your own community (and family) by getting to know other broken queer people are experiences that also ring very true with myself. Sadly, my transition did not include a giant mecha or clone battle – but if it did, perhaps it would out as awesome as EXTREME MEATPUNKS FOREVER looks to be.  Plus you get to kill a bunch of fascists – because fuck them!

Extreme Meatpunks Forever is currently within the top 10 best-selling titles on Itch.io right now. For $9.00 USD you too can check out this episodic leftist queer genre mashup (Windows, Mac, Linux) and support an awesome queer creator. The price on itch guarantees access to the whole first season, of which the pilot, Episode 1 and 2 are out now.

Further episodes in EXTREME MEATPUNKS FOREVER will be released on the following dates: