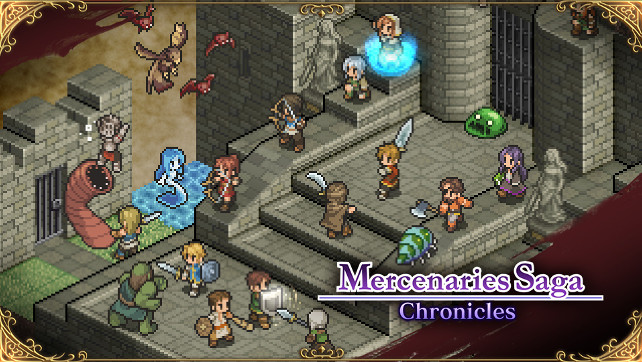 Mercenaries Saga Chronicles was initially released on Nintendo eShop by Circle Entertainment in February of this year. The entry is composed of the three entries in the Mercenaries Saga series which originally released on the Nintendo 3DS. These three titles join together to offer a massive tactical turnbased strategy RPG experience, either on the go or at home – perfect for any tactically minded Nintendo Switch fans out there!

The Mercenaries Saga series offers hours of tactical RPG gaming to Nintendo Switch owners. Your decisions and mid-battle strategic choices will determine the fate of your squad of warriors. Your job is to cleverly move your squad across the play grid, attacking opponents as they come within range. Your effectiveness in battle is determined by character classes and equipment, which is under your complete control before heading into battle. With each victory you’ll gain experience and skill points, which you can use to level up your characters and boost their stats in preparation for the next fierce battle. Your choices both in and out of battle will determine how the story progresses and, ultimately, how it all ends!