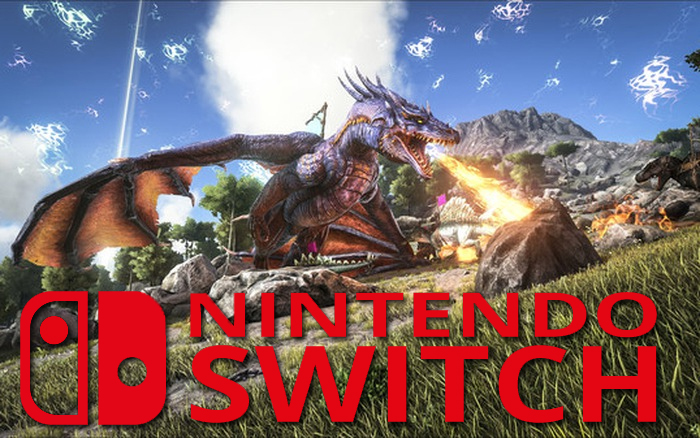 Studio Wildcard’s hugely successful futuristic / prehistoric mash-up survival game Ark: Survival Evolved will be coming to the Nintendo Switch in both physical and digital formats this Fall. The impending release of ARK in a few months time will mark the release of one of the first games on Nintendo’s hybrid platform to run on Unreal Engine 4.

Announced during the “State of Unreal Engine” panel at the Games Developer Conference 2018, the Switch port of ARK will be handled by developer Abstraction Games. Switch players will be able to enjoy all of the content from the original version of ARK: Survival Evolved including over 100 prehistoric and fantasy creatures, deep crafting mechanics and of course the unique dinosaur taming mechanic.

Also shown off at GDC was the mobile version of ARK, which I got the chance to see running in person. It pretty much faithfully recreates the PC experience on a smaller scale from the look of things. The mobile version of ARK: Survival Evolved will be coming to iOS and Android later this year and is available for pre-registration now – which you can do here.

If you want to see (briefly) what ARK looks like on Switch, check out a brief minute clip that was shown to crowd at GDC:

Studio Wildcard’s Lead Programmer, Co-Creator of ARK and Lead Designer had this to say about the forthcoming Switch port:

“With this new version, Switch players can go directly from hunting and taming while sitting on the couch, to forming online tribes and searching out new conquests when on the bus, waiting in line, or wherever they happen to be.”