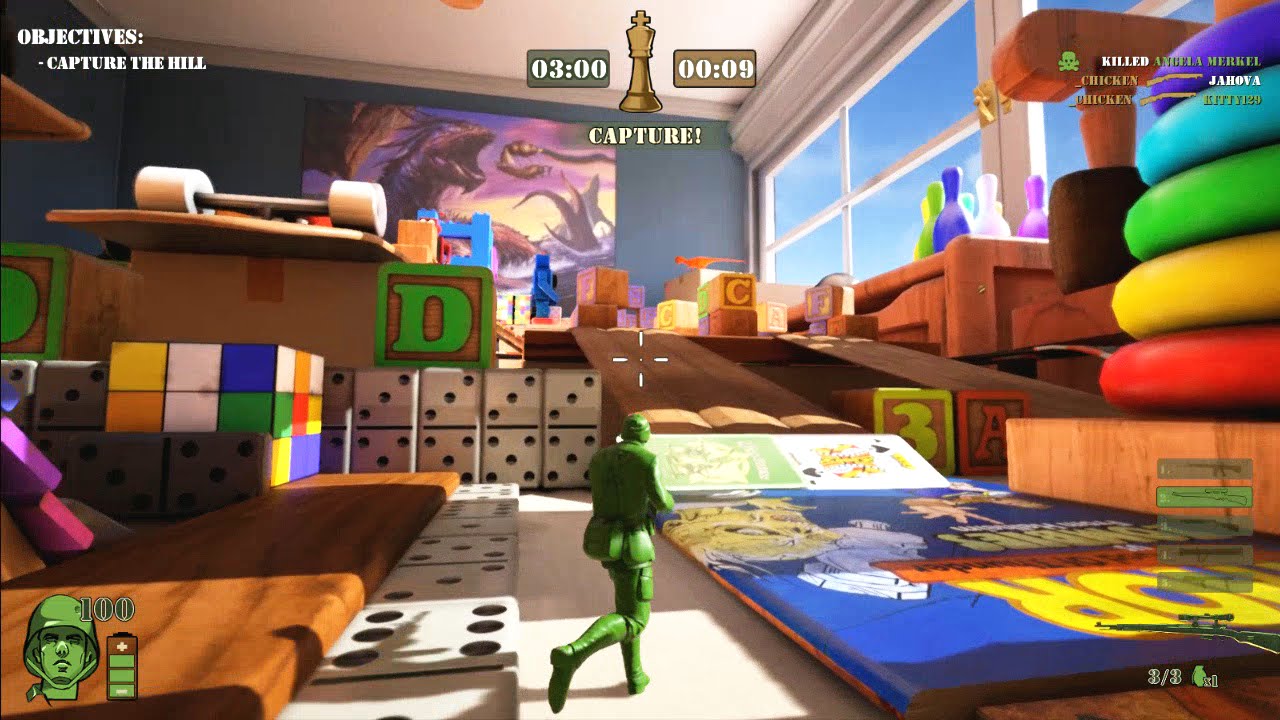 Plastic army infantry simulator and indie spiritual successor to the long dormant Army Men franchise, The Mean Greens will be receiving the much requested addition of online/offline bots in a future update. This news isn’t particularly new, the development of bots was originally revealed on Christmas Day but given that The Mean Greens is a smaller title with a very small player-base I thought it’d be a good reminder to our readers who maybe haven’t had a chance to play the game.

Supporting modes like free-for-all deathmatch and team death-match, The Mean Greens casts players as the tiny army soldiers that some of us may remember from childhood. Amusingly the arenas can range from lovingly crafted domestic settings like the inside of a bathroom, to toy castles constructed from wooden blocks to the inside of an aquarium.

I’ve enjoyed my time with The Mean Greens: Plastic Warfare, so much so that I even bought my own copy after playing it at a few conventions.  Sadly with player counts sometimes dipping into the single digits it can be difficult to find a single server that is populated enough to start a match. Here’s hoping that the eventual addition of bots will make The Mean Greens a little less barren.