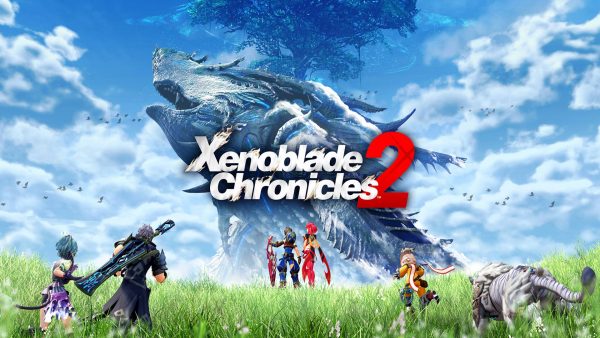 For longtime fans this game may have a whole new cast of characters to get acquainted with but what matters is how well those characters are developed and how well written the story is, as well as presented. Does this sequel give us a satisfying return to this world of Alrest or does it leave the player disappointed?

Xenoblade Chronicles 2 takes us back to the Xenoblade world of Alrest, full of titans and god like creatures, only with a fresh set of characters. Shulk is replaced by Rex – a scavenger turned Driver – this go around. As a driver, he is accompanied by his blade, Prya. Prya is very similar to Shulk’s blade Monado, only with a lot more personality, given that she is a fully realized character and not just a weapon. Still, both Pyra’s weapon from and the Monado contain extraordinary power and also grant their drivers the ability to wield extraordinary abilities. 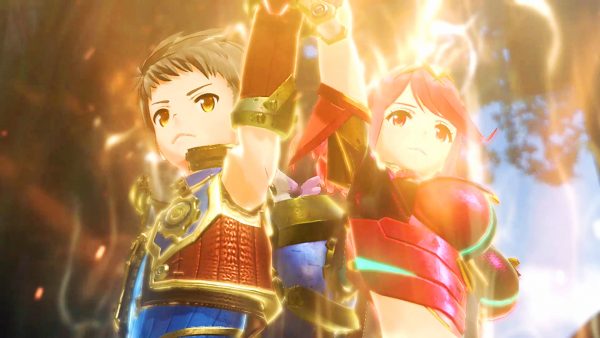 The major difference between the two is that  Prya becomes a character with an artificial human appearance and goes through her own story arc, while the Monado was more a standard weapon. I feel this adds an interesting layer to the game and makes the game more immersive. Prya’s journey to find Elysium with Rex is interesting because finding Elysium is essential to saving humanity from extinction. The Titans who have protected humanity are dying off and Elysium, or Paradise, is their last hope. It’s more than just Prya wanting to “go home”. 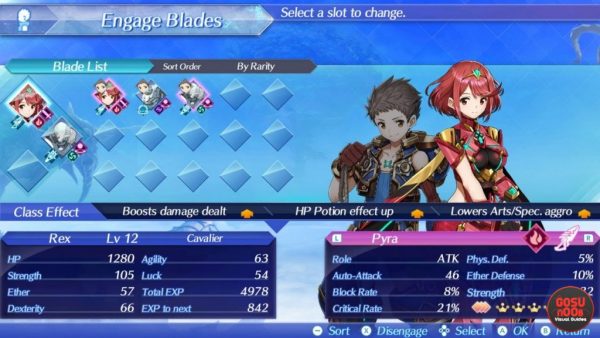 The only fault I find with Xenoblade Chronicles II is a slight repetition that happens throughout Rex/Pyra’s journey. I say journey, because saying “story” doesn’t seem right. There isn’t much more story than Rex and Prya exploring the world, searching for Elysium, meeting people along the way and saving the world from various evils. There is a pattern of you continuing on your journey, a roadblock stopping you from continuing and you needing to get past it and usually fight a boss battle. While this normally would bore me, I found the gameplay quite addicting and the characters enchanting and fun to get to know. There is also an interesting history to the world and blades you get to learn along the way which became some of my favorite story moments for me. Exploring the world also helps when everything looks as pretty as this game does – this game has stunning scenery and beautiful character / monster animation. 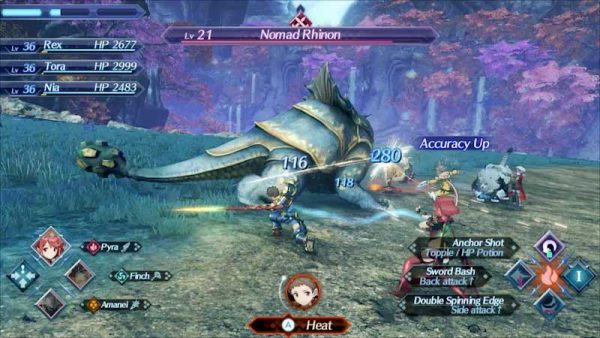 Even though there are interesting story elements, it really was the gameplay that impressed me the most with Xenoblade Chronicles 2. I enjoyed finding out which blades (weapons) were best against which enemy ty[es, which skills I should use at which time and what items I need to collect to unlock an upgrade for my blade. Blade upgrades are obtained using an item called an aux core. You can also provide buffs to individual party members such as ATK Up or DEF up by equipping certain items in their personal pouch, to help out during fights.

I couldn’t wait to level up and see what my blades would learn next  – I loved finding new chips and aux cores and seeing what skills or buffs they gave my blades. While other JRPGs have similar elements, there is something a bit different about Xenoblade Chronicles 2 in its execution of character progression. It seemed more than just upgrading my weapon, it felt like I was helping to develop a character. Because I was invested in the characters, I had much more of a desire to see them grow and become stronger. It also helped that everything seemed very fluid and easy to figure out.

Now that I had these powerful characters, it was time to dive right into Xenoblade Chronicles 2’s vast combat system. Similar to the original Xenoblade Chronicles on the Wii, Rex & Co will automatically perform a basic auto-attack at a set interval. Players are able to equip up to four special arts to augment their damage, provide healing or do massive amounts of damage by partnering up with their blade. Basic arts will only require an individual charge and can be woven into auto attacks seamlessly. As your character progress through their Arts tree they are able to unlock ‘special arts’ which require a bit more time to build via auto-attack. These devastating moves have the Driver and Blade combine their abilities by asking players to perform a quick time event. Successfully pull off the QTE and you’ll be treated to a special arts animation. If one of your A.I party members uses a special art, Rex can follow it up with a supplementary special art based upon one of the elements displayed on the HUD. Chain together 3 complimentary special arts together and you’ve got yourself a Blade Combo, one of the most powerful but complicated maneuvers in Xenoblade Chronicles 2. 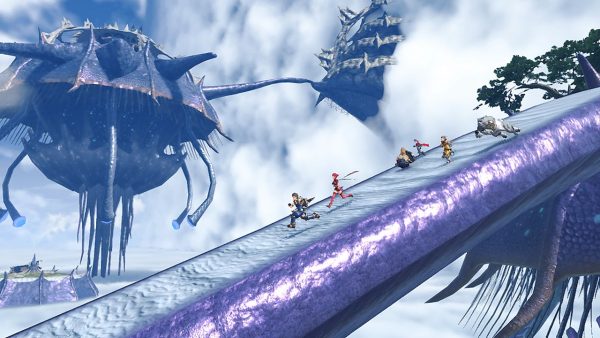 Overall, Xenoblade Chronicles 2 is a satisfying contribution to the series. While the story I don’t feel is as strong as the first one, the characters are fun and interesting and the game is stunning to explore and look at and has well executed gameplay. If you liked the first game and have a Switch, give it a try to get immersed in this world again.