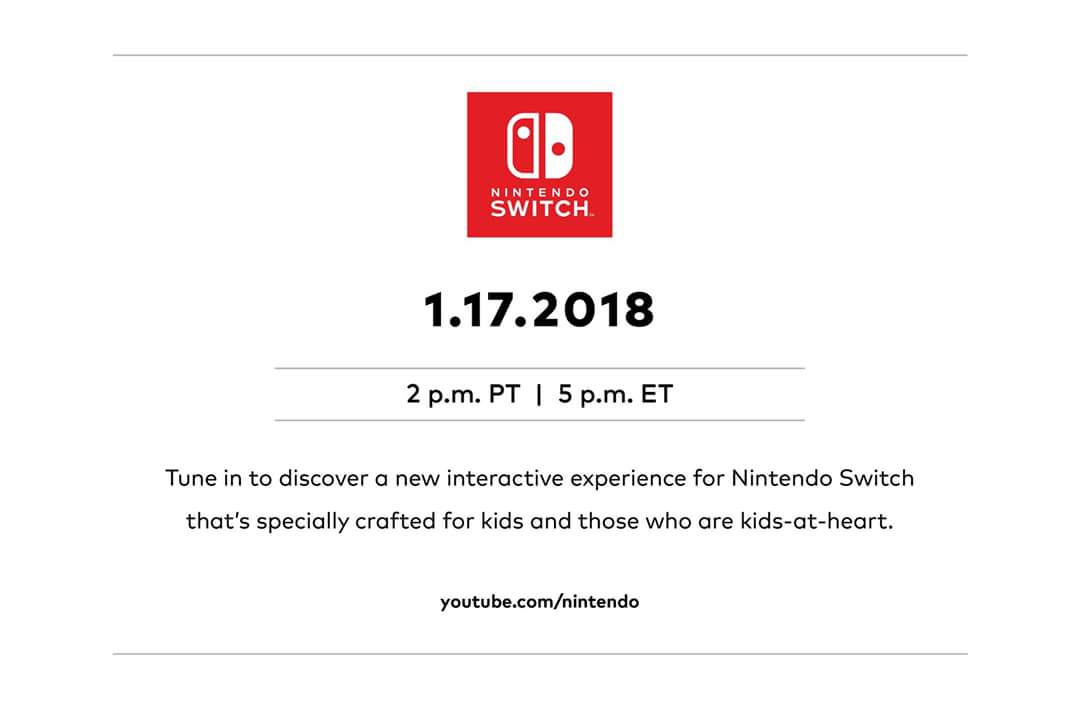 Nintendo has teased of a new “interactive experience” which they will unveil later today. The video will be streamed on both the Nintendo Facebook page as well as on YouTube.

The teaser states that it will be a new interactive experience for Nintendo Switch that’s specially crafted for kids and those who are kids-at-heart.

Fans are speculating that this could be something similar to Wii Sports or even the debut of the Virtual Console on the platform.

However with the wording of a new experience it’s likely something else entirely. It is surely something that will pull at the nostalgia of adults though so it could be a new idea but based on an old Nintendo IP.

We won’t have long to wait. The Nintendo Direct will stream at 5:00pm ET today.