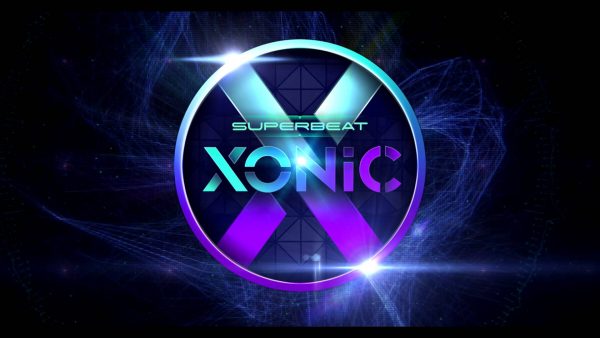 Superbeat: Xonic Ex is a rhythm game, developed by Nurijoy and PM Studios and published by Sony Music (Available on the PS4, Xbox One  and the Nintendo Switch. With all the numerous rhythm game options to choose from on these various platforms, is there a place for this game?  is it worth the $40.00 USD price tag? and most importantly (for this review) is it a good fit for the Switch console? After spending some time with this game on the Switch console, I believe I have the answers to these questions.

The problem with Superbeat: Xonic EX is that it really doesn’t much more than the average for a rhythm game in any category. It is fine – It has decent music, average gameplay and an average anime aethestic to it. It does not have the uniqueness or cult classic appeal that the Hatsune Miku games have had. For anyone who plays rhythm games regularly, you probably already have similar games on other platforms that were cheaper. There are games, for instance, on the IOS such as Cytus, Voez and Deemo that are $1.99 or lower that can satisfy a rhythm game craving as opposed to the $40.00 that Superbeat asks for. (Editor’s Note: Voez and its DLC are also available on Nintendo Switch) 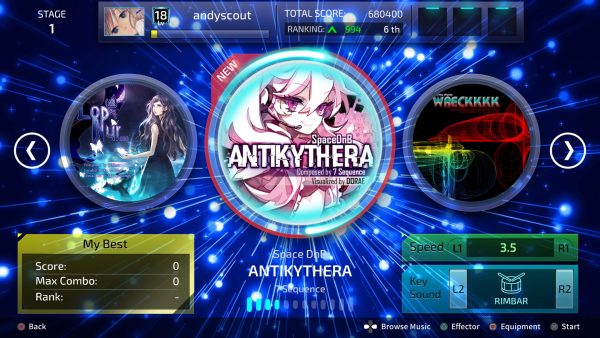 As a matter of fact, Superbeat: Xonic EX can play very much like a mobile tapping rhythm game. You have the choice to either follow the songs using the Switch JoyCon buttons or just using the touch screen to tap the correct area with your finger, if you are playing with the portable mode of the Switch. I recommended playing with the touch screen option for the best accuracy. The buttons on the Switch are a little awkward for a fast paced rhythm game, especially when you need to use the joysticks as well. Once you get used to it, the JoyCons are tolerable, but not optimal. 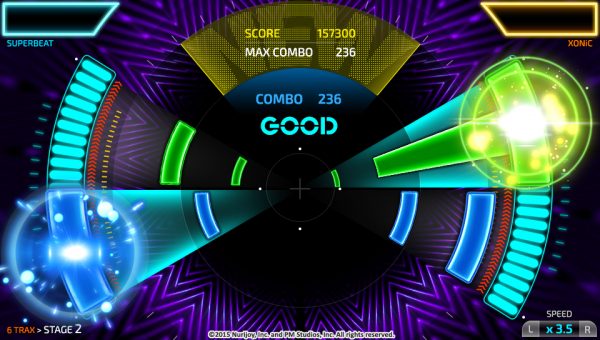 There are other modes you can play with depending on how difficult you want to make the game. The “4 trak” focuses on only 4 areas of the screen that notes will flock to and the 6 trak has 6 areas. You can also choose more difficult songs that will send you more cues and beats to follow and you can tweak the speed of the songs and even change the sound you make when you hit a beat. The harder the song, the faster the notes fly out at you. There are also unlockable DJs and icons you can collect to extend your game experience with giving you some bonuses as you play. 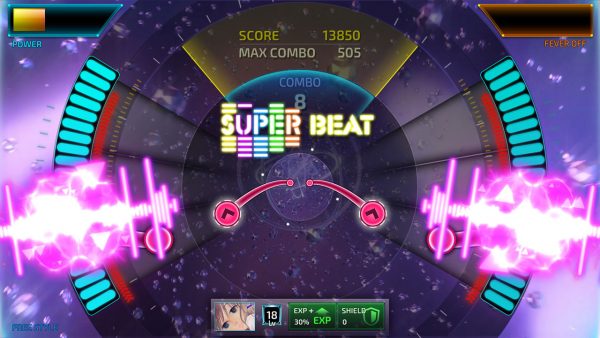 Really what this game offers is a slightly different genre of songs than other popular rhythm games. The soundtrack is heavy in the EDM (electronic dance music) genre, which is not the norm for most rhythm games. There is also some pop and even a few classical songs  mixed in.  My favorite song in the collection was Miami Style, which reminded me of some old Katy Perry songs. It is definitely a little different and if you are tired of the normal J-Pop filled rhythm games or want some options that aren’t from a mainstream selection of songs like Guitar Hero or Rock Band, this may be worth your time. 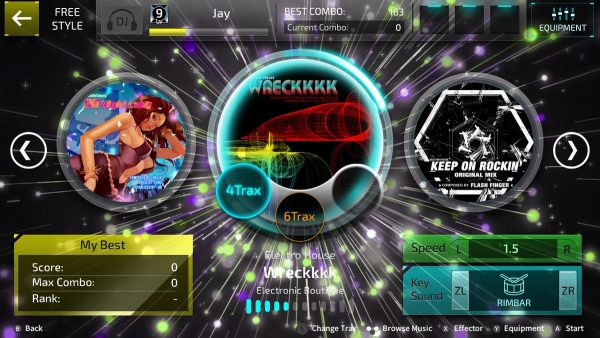 Overall, this is there is just not enough substance here, especially for the asking price. The controls are fairly basic and at times awkward, especially when using the JoyCons. The theme and aesthetic are not the most inspired, but still colorful, beautiful and everything about the game is just feels average. If you want a soundtrack that is a bit unusual for a rhythm game or you just need a new rhythm game in your life, maybe wait until this game goes on sale. It is not a waste of time or a bad game, just not worth the asking price. I wanted to enjoy this game a lot more, but maybe this game will tickle another player’s fancy.