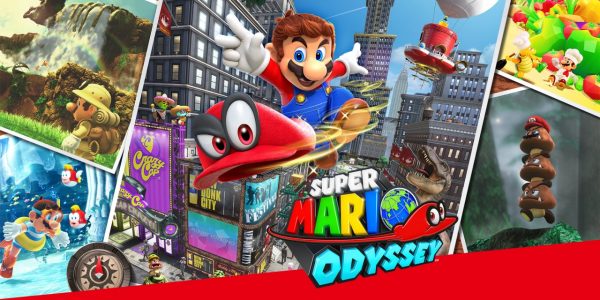 Mario has been a staple of the gaming industry since the very early arcade days when he was just a humble sprite named Jump Man who wanted nothing more than to save a poor woman he loved named Pauline from a beast, barrel throwing ape named Donkey Kong. Since those early days, things have changed immensely for our humble protagonist and he has since been on many adventures through many lands and beyond even to the galaxy. After Super Mario Galaxy however, a question entered the minds of me and my friends and that question was “Where could Mario possibly go exploring the entire galaxy?” and we joked and theorized, but we could not have possibly guessed the answer in store for us; that answer was possession. Yes, Mario and his new friend Cappy can possess various beings in the world in order to help him, of course, save Princess Peach; some things will never change. This time, however, there is a forced marriage to Bowser that needs to be foiled. 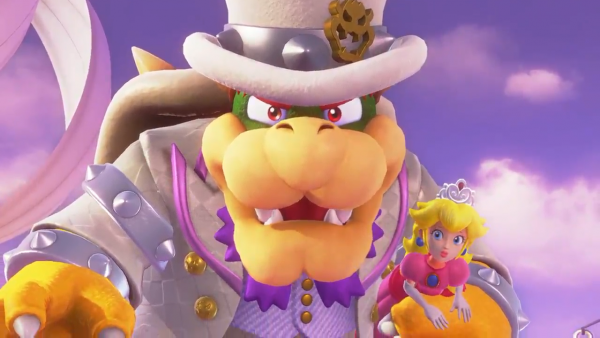 There are two main differences in this game. The first difference is the scale of the world and the second is the gameplay. Regarding the former, the world is simply put, huge. You may think the world is large during the story campaign, but once you complete the story you will see just how big in scale this game is. There are large areas to explore in this world and even beyond the world to the moon at one point. Each area is filled with so many nooks and crannies and secrets it took many hours to fully explore some places. Aside from just the aesthetic value, your main incentive for exploring and discovering each area’s secrets is to find Power Moons that give you moon power. What does moon power do for you? Well, it fuels and repairs your titular ship, The Odyssey and also gives completionist a nice long scavenger hunt challenge to find all the moons. Once you have the necessary moon power to fuel or repair your ship, you’re off to the next land. While in these lands, you will see how different the gameplay is to other Mario games. 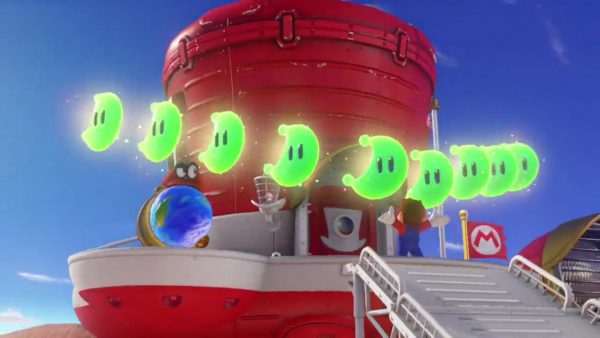 Instead of just hopping on Goombas or swatting an enemy with a tanooki tail, you now have your friend Cappy who replaces your signature cap after Bowser destroys the original. Cappy can be thrown by Mario to kill enemies or even more fun, possess enemies to perform various tasks to either get past puzzles or get from platform to platform to get to particular parts in the world. You may need to possess a Goomba and jump on other Goombas to create a stack of them to reach high points or you may need to become a Hammerhead brother and knock down walls. The end of the game has a particularly special possession that really was a satisfying conclusion along with the end to the story campaign. You also can not ignore the joy of literally becoming a T-rex in a Mario game and smashing everything in your way. If you want to play along with a friend or partner or family member, there is a multiplayer mode similar to that of Mario Galaxy that allows for someone to control Cappy. Along with Cappy being able to change forms into various styles of hats, Mario too can purchase new outfits and styles in each level’s store with a special unique currency exclusive to that world. Each store different theme of clothes associated with the area you’re in.

Mario Odyssey is one of the most satisfying Mario games that I have experienced since Mario 64, way back in 1996. With many touching tributes to Mario past, exciting new gameplay and plenty of gorgeous lands to explore and all the hours of exploring and challenges, even if you are not a fan of Mario games, this is highly recommended. If you need a reason to get yourself a Nintendo Switch, this is it. I foresee this game making plenty of critic top 10 lists for the year, and it isn’t without reason. Mario Oddsey is truly a special experience and shouldn’t be missed.