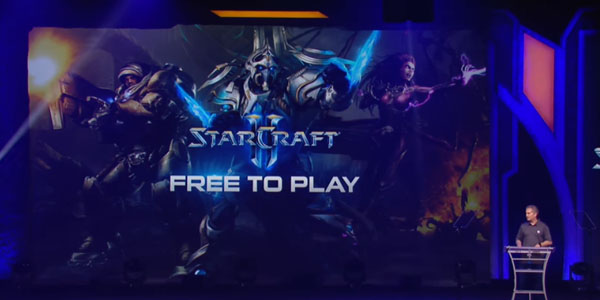 Starcraft II’s Wings of Liberty Campaign will be available in its entirety for free alongside the complete unranked & AI multiplayer suites Blizzard announced today during their Blizzcon keynote. Later this month a major patch will be released for SCII that unlocks  more content for free users that was previously only available to owners of Wings of Liberty, Heart of the Swarm or Legacy of the Void. Previous to the upcoming patch the free version of SCII, called Starter Edition, was limited to the Terran faction only and with a small selection of multiplayer maps.

Here is a breakdown of the features of the brand new Starcraft II: Free to Play edition: