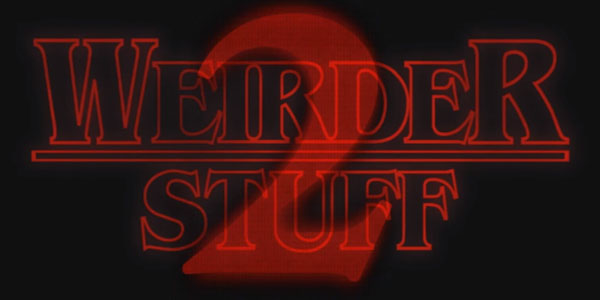 Clickteam USA is sponsoring their second annual Weirder Stuff game jam over on Itch.io this weekend. This three-day event is open to all regardless of development experience or overall talent and will center around a theme to be disclosed when the Game Jam begins on Friday, October 20th.

If you’re unfamiliar with what a game jam is – it is where developers of all skill levels are invited to create an original game within a specific theme, possibly using a specific engine or other requirements within a short time limit. Game Jam games are often broken, missing features, minimalist and downright weird.  There’s a certain beauty to interactive work created out of passion but within the constraints of 72 – 96 hours.

Clickteam Fusion 2.5 – the company’s current flagship engine – allows non-programmers, hobbyists and professionals alike to create interactive experiences with no code. In the place of code CTF2.5’s visual “Event Editor” provides developers with a grid style guide to the actions in their game. One of the selling points of Fusion 2.5 is that almost anyone can have a prototype up and running within an hour, and in my own personal experience I’ve found this to be true. 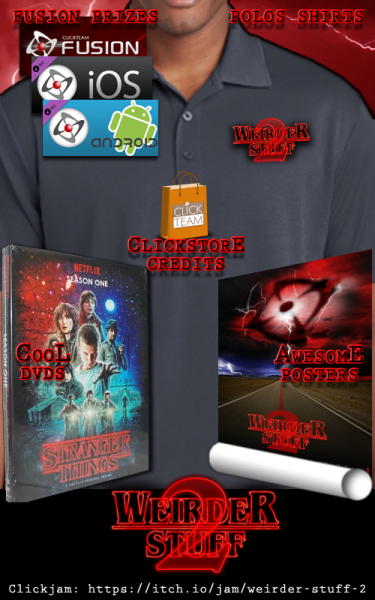 More details about the Weirder Stuff 2 game jam can be found on the official itch.io page. Entries can be developed using the free version of Clickteam Fusion available on their official site, so there’s no upfront cost to enter a game – except for your own time & creativity that is. If you want to follow the entries but not participate in development directly, make sure to watch the hashtag #IWantToCreate on Twitter!