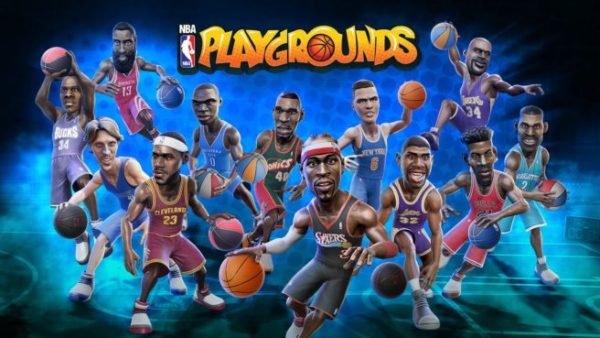 When I was young, I played quite a bit of sports games. I especially favored the NES and SNES sports games. I have fond memories of Tecmo Bowl, Excitebike, Punch Out, Super Tennis and of course NBA Jam. Ever since then, I have fallen out of favor with sports games and mostly thought it would be a genre I wouldn’t be inclined to return to. What a surprise to me that when I played NBA Playgrounds for the Nintendo Switch, many of the same feelings of fun I had playing those old sports games came back to me and gave me nostalgic feelings for NBA Jam. The question remains, however, how does the game hold up without the rose colored glasses of my youth? 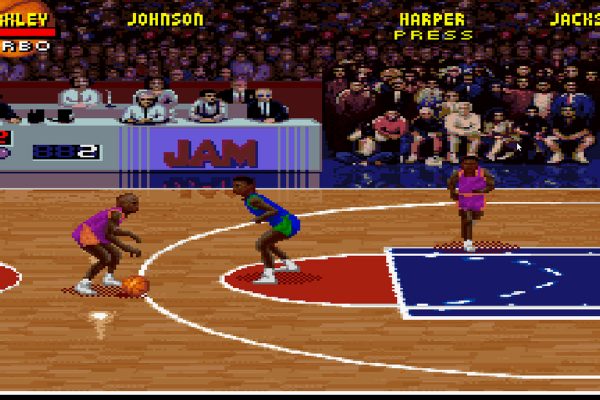 NBA Playgrounds is the product of publisher  Mad Dog Games, developer Saber Interactive and the NBA who officially licensed the game. The player competes in 2 v 2 games by first opening packs of digital cards to obtain players to recruit for games. These card packs are the only way to gain players and come in either gray packs or gold colored packs. Gold packs contain more popular and valuable players to use, After you open your card packs, it is then time to pick 2 to be your team and 2 to be the opposing players. Each player has stats that reflect the skills the athlete excels or lacks in such as dunking, blocking, stealing, 2 pointers, 3 pointers…etc. When the players are chosen, you start your game which can be an exhibition game, online or tournament game. Play a quick one-off game against AI in exhibition matches, play against real players in online mode or try your hand at winning a tournament. As you play more, you level up as do your athletes which helps your skills in games by making moves easier to pull off.

My main issue with NBA Playgrounds is actually with its card collecting. I find the game gives you poor odds in getting various players with stats that can even out your team. While I may not be the biggest sports fan, I can imagine this will be incrementally more frustrating for those players who are fans and want to have a chance to play as their favorite  I do, however, commend the developers for deciding against the temptation to insert microtransactions into the game. The card packs were an easy way to entice players to spend more money, but the only way to get the cards is to play the game. All too often we see developers following the siren call of microtransactions, so to see a game decide against it was a pleasant surprise. It may be a long journey to earn those cards you want, but it’s worth it to see a developer set a good example. Not only does it save the game from the growing criticism of microtransactions and its exploitation, but it also makes the game additionally nostalgic of the days when buying a whole game meant you get the full experience and had to earn rewards and unlockables. 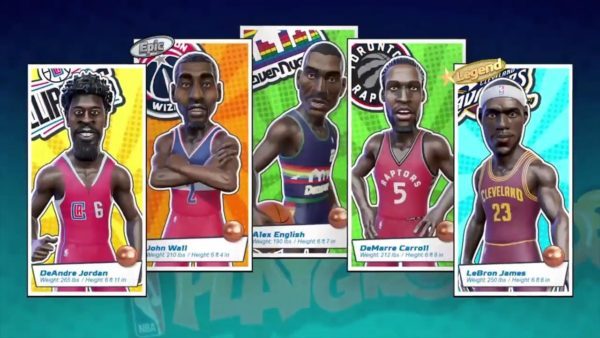 Even though it may take you awhile to get your dream team in card packs, getting there is the fun. The game is simply fun to play. It is very much in the same vein as NBA jam. The arcade style makes it convenient for those who are busy and don’t have much time for gaming to be able to play a quick game and then return to their obligations or for someone else to just keep playing as long as they desire to level up and complete their card collection. Both NBA Playgrounds and NBA Jam have 2 v 2 games as opposed to 3 v 3 setups and just like NBA Jam, playgrounds allows you to not only steal the ball from your opponent, but you can even push or knock them down. The style for playgrounds is slightly more super deformed and cartoonish, but they way the players move and are animated is also very much in the same spirit as NBA Jam, especially all the unique ways of dunking. 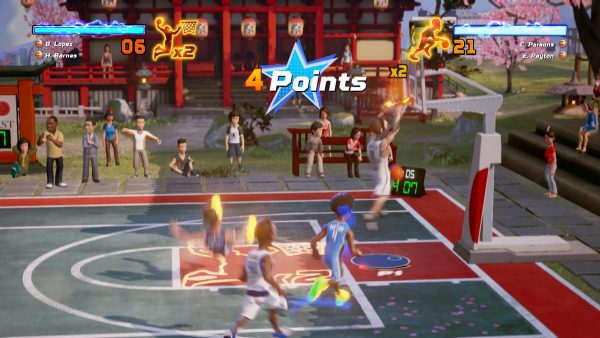 Overall, this game is very recommended for not only fans of sports games, but those with a nostalgia for NBA Jam. At the price of $20 USD, it is well worth the trip back to the 90’s. You may get a bit frustrated at the idea of having to grind for particular athletes you want on your roster, but the gameplay makes it more than worth it. It may not be NBA Jam, but its the next best thing we currently have to satisfy your craving.