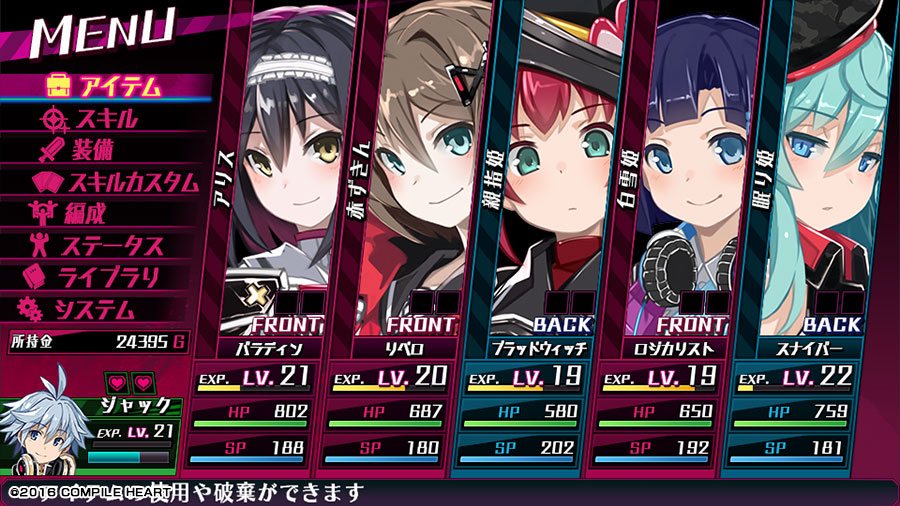 Do you hear the sounds that go bump in the night? Did you sleep well last night? Idea Factory International scares up some early frights with the PlayStation Vita release of Mary Skelter: Nightmares this week in North America. If you can keep your eyes open long enough without following that creeping shadow in the corner of your vision, now is the best time to take a look at the playable characters featured in this dungeon crawling JRPG. 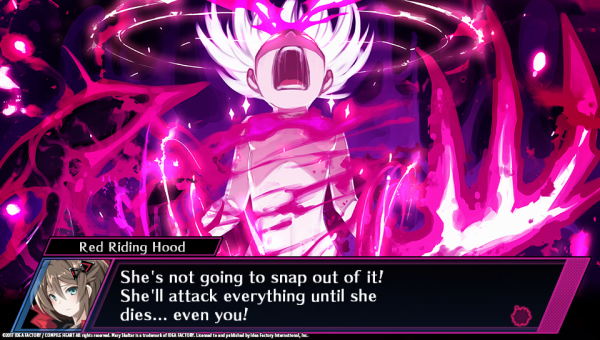 Enter a city unlike any other – one where the deepest despairs of the human mind have become manifest since the appearance of the mysterious ‘jail‘. The jail’s mere presence has turned this cities inhabitants into unwilling prisoners ruled over by mysterious monstrosities known as “machens“.  Players will join a boy named Jack, a girl named Ruby and their friends as they explore the dungeons of the city prison with the aim of escaping the daily torture & pain they endure – restore their hopes, dreams as well as peace to the city they call home.

They’re The Life of the Party

Idea Factory International has provided us with the following character bios for 7 of the playable characters in Mary Skelter: Nightmares:

See The Nightmare For Yourself

Mary Skelter: Nightmares is available today on the PlayStation Store for $54.99 CDN. Also available are two PlayStation OS themes – ‘original’ or ‘dengeki’ alongside various pieces of media. If you’d like to enter the waking nightmare of Mary Skelter’s world all you have to do is hit the play button on the video below.