Square Enix has announced that the total global shipment for the Final Fantasy Trading Card Game Opus series has exceeded 5.5 million packs worldwide. The anticipated “Opus III,” the third wave of cards available for the series, will be available on August 4th in North America.

The Final Fantasy Trading Card Game Opus series is based on the Japanese “Chapter” series, which captivated TCG fans for fifteen chapters from February 2011 through March 2015.

The Final Fantasy Trading Card Game has been distributed in regions around the globe including Europe, North America, Oceania, and Japan. Events around the world, including regional and national championships, are currently being planned. These tournaments will culminate with the best players from each region gathering for a world championship, which is expected to be held in November 2017 at the Square Enix Headquarters in Tokyo. 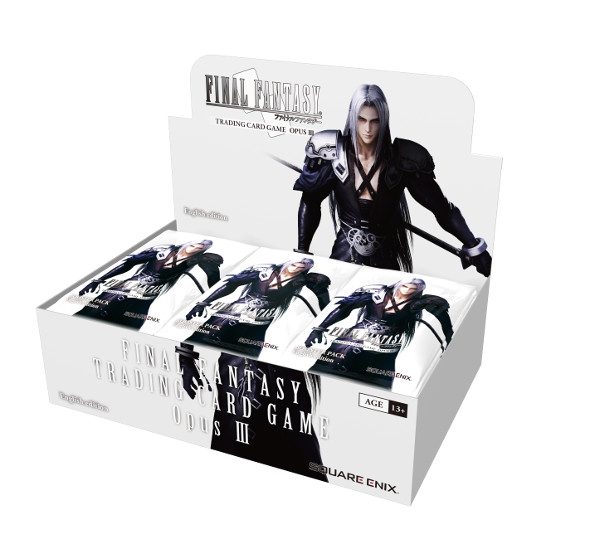 While the series isn’t as popular in Canada we’ve had our hands on the first two series of cards and have been having fun with them. The game has a fresh feel but feels very similar to other TCGs we’re already accustomed to.

Opus III will be available on Friday.