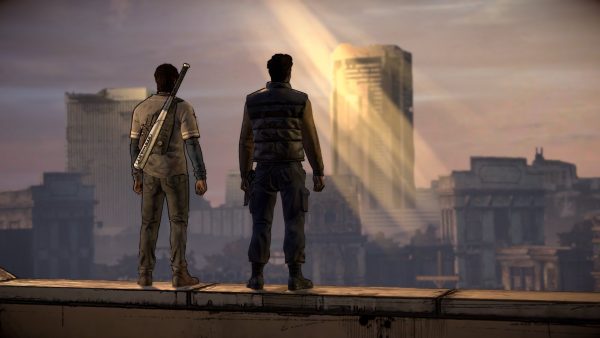 The Walking Dead: A New Frontier has finally concluded and closed out Season three of the Telltale Walking Dead series. The fifth episode, From The Gallows, closes the story of Javier and his time with Clementine. While the Walking Dead episodes have been mostly good so far, how will the end hold up? With this season end with a whimper, or a bang? And what could this ending mean for future seasons?

This episode does answer some questions for us regarding Javier’s past. We learn how his father got sick and with what. We learn that Javier had promised his father, Salvador to stick with his brother and that the family would take care of eachother no matter what after the Salvador was gone, or not depending on your choices. I chose to respect Salvador’s wishes as the fight that happened between Javier and David seemed to quite upset him.

After the game is done in the past, we return back to a chaotic Richmond that is being overtaken by the dead. There is a lot of guilt between the group over what happened, and a lot of anger in Richmond, which Javier is mostly blamed for. Depending on past choices, some characters may show up again and others may not be able to escape from death. Javier’s trust will be tested as well as your morals. Will the group understand and stand by you? Or will anger and resentment rise? Who will stay and who will leave? That remains ultimately up to the player. 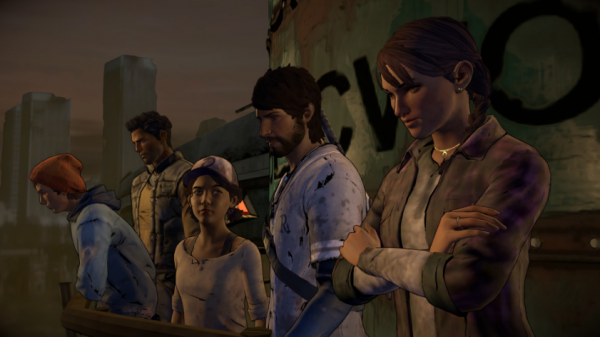 There are no significant changes to the gameplay in this episode. There are some exciting areas, such as rooftops of building and an instance where you need to climb across helicopter blades to get across a gap in a bridge and having to get across a group of walkers undetected. The main appeal of this episode is really the choices you have to make and concluding the story with the outcome you feel is best. I think this episode had some of the most impactful moments that showed you the results of earlier choices and had you make significant new choices. Because I was quite attached to these characters, who ended up with me by the end and some of the choices I had to make regarding certain characters made me feel a bit emotional, which meant Telltale was certainly doing a good job. I feel while the story almost went in a ridiculous, convoluted direction for a bit, that this episode took it back a bit and let us be with just a select few characters and give us some strong family moments. I was satisfied with the endings, especially the one I got my first play through that involved staying with Kate to save Richmond. I felt it was the best ending, that gave the most hopeful ending for future seasons in which Clem might be the controllable, lead character again, but your milage may vary depending on how you played the game and how attached you became to the group. 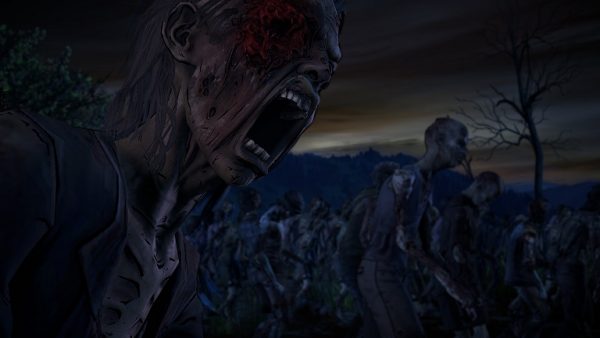 Overall, I feel this was a very strong end to a good season of Telltale’s The Walking Dead. I would recommend this to anyone who hasn’t played it in full yet, especially since it is available on disc now as well as for download at a reasonable price. I feel this series has not overstayed its welcome yet and out of all of Telltale’s series, this is probably my favorite next to Sam and Max. I can’t wait to see what Telltale has in store for the Walking Dead next, especially for Clem and her journey to reunite with her only family.