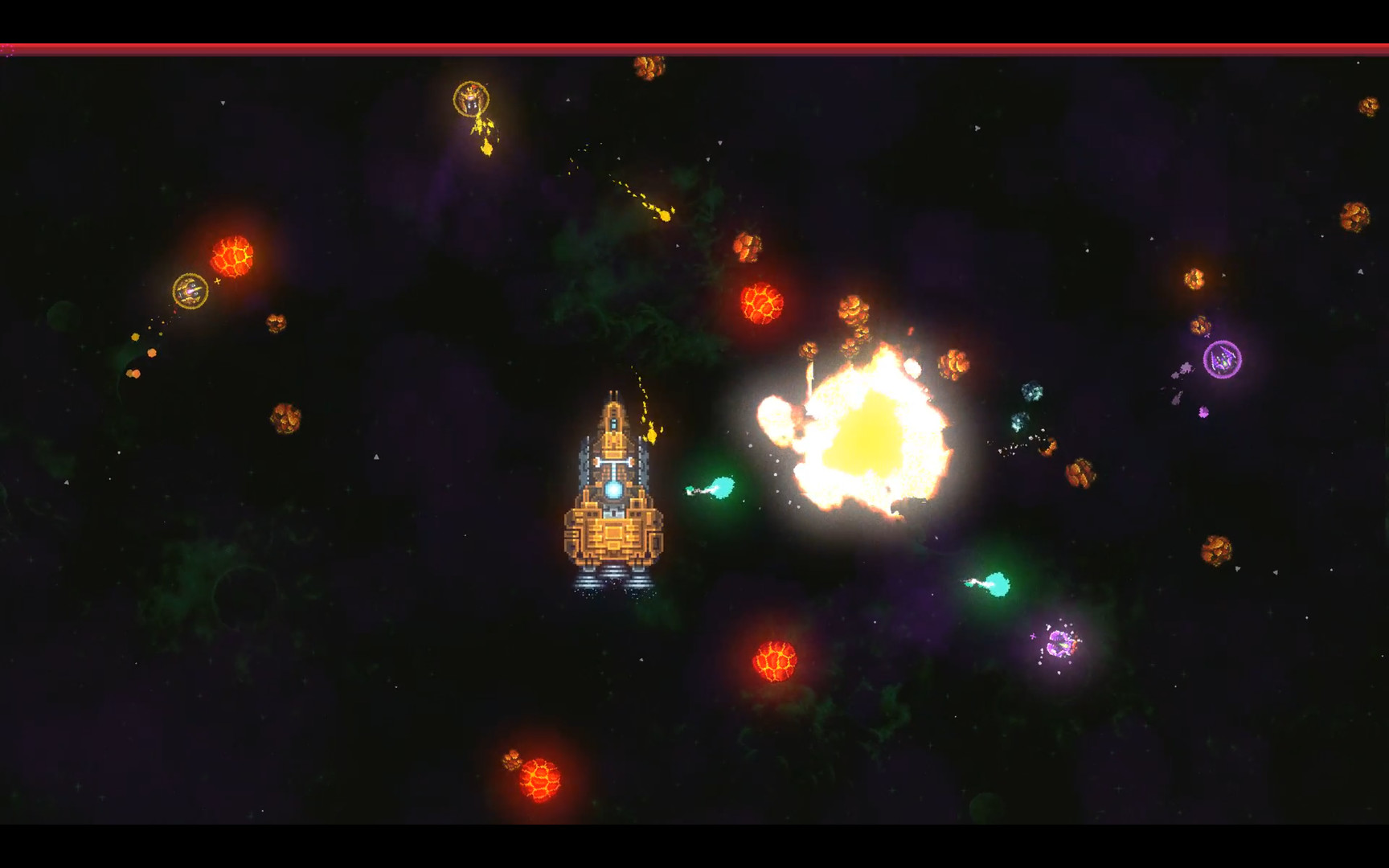 Astervoid 2000 is a totally awesome and difficult throwback to the old days of arcade cabinet multiplayer space shoot em ups. It wouldn’t be unfair if your mind went straight to Bizarre Creations (RIP) 2005 smash hit, Geometry Wars or the 1980s Asteroid games that inspired it after seeing Astervoid 2000 in action.

Right off the bat, I want to say this game has a really awesome soundtrack that sticks to the genre’s roots of being sort of remixed electronic soundtracks reminiscent of the golden days of video arcades during the 80s and 90s. The soundtrack still manages to provide a fresh coat of paint for a more grown up audience the game encourages you right from the get-go to gather some friends up and play this on your big screen tv while having fun. I do love what the developers did with their licensed music – they put the name of the artist and track at the beginning of a stage. I think that not only shows respect for the work the band or individual put into making that track, it also helps spread recognition for their artists and even can help out both the artists and the players connect through channels that aren’t Astervoid 2000. 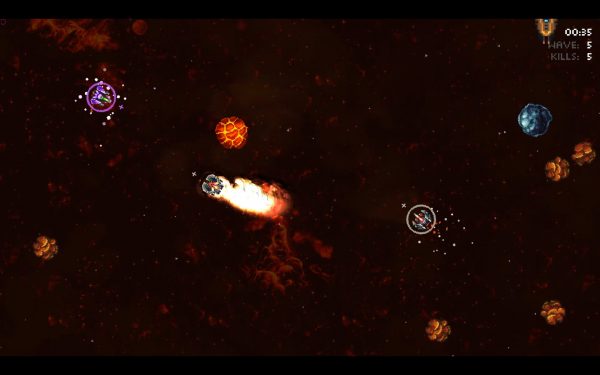 The movement of your little fighter of your choice is definitely more designed for a game controller than a keyboard and mouse but it is pretty responsive all in all. I do however have a few complaints about the controls- while they are definitely responsive they can also feel too loose as if the slightest tap may send your little space ship hurtling into an asteroid, a mine, an enemy ship. While fun and entertaining and giving you the choice of your little-pixelated ship (which may I add reminds me A LOT of an old flash game I used to play. Gods help me if I remember the name of it) there’s not much real long term gameplay in this title.

One thing I do love and did make me smile and keeps having me come back for “one more round” is the added benefit of a global leaderboard fight to get the high score and see your name up there with others who have fought so hard to get where you are, who may have worn down the analogue sticks on their controllers or battled through carpel tunnel and no sleep to get where you are now (

As much as I love to peel back the layers upon layers of modern videogames, and take a look at its roots and the origins of how the genre started – I can’t really say much that everyone else has already stated. Astervoid 2000 sure does owe itself to some of the very first videogames ever developed and this long lasting influence shows. It is fast-paced, easy to pick up and to learn and still will keep you coming back for more. I do also love how the game offers about 8 difficult but worthwhile achievements to get. In closing, this game is a game that anyone of any age can pick up, play and enjoy. I’m not sure if this could help but if anyone out there can use a joystick to play it let me know if the controls feel a bit tighter as I feel a joystick may offer tighter more precise control than what a PC enabled controller may offer.

A copy of Astervoids2000 was provided by the developer for our consideration.